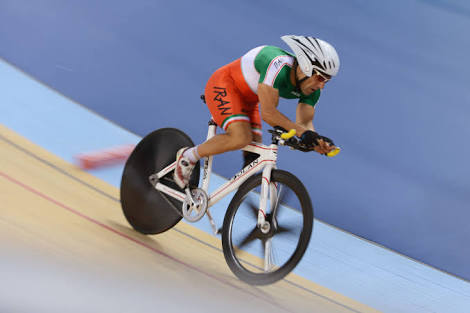 An Iranian Para-cyclist, Bahman Golbarnezhad, died on after a crash at a Paralympics event.

The crash occurred during the men’s C4-5 road race at the Rio Paralympics.

The BBC quotes the International Paralympic Committee, IPC, as saying Bahman Golbarnezhad, 48, suffered cardiac arrest after the incident on a “mountainous stretch” of circuit.

“The ambulance then diverted to the nearby Unimed Rio Hospital in Barra where he passed away soon after arrival,” the Paralympic committee statement added of the athlete who also competed at the London Paralympics in 2012.

An investigation into the circumstances of the accident has been launched.

“The Paralympic family is united in grief at this horrendous tragedy which casts a shadow over what have been great Paralympic Games here in Rio,” the IPC president, Philip Craven, said after the incident.

“We’re looking to gather as much information as we can and as quickly as possible – it should take a matter of days,” said Piers Jones, sports director of cycling’s governing body UCI.

Iranian authorities have requested that the body of Golbarnezhad be flown to Iran on Sunday. They also asked for a full report of the incident from the IPC.

“He had been cycling for 12 years and he was our best cyclist. He was married and has a wife and one son,” Masoud Ashrafi, the secretary general of Iran’s National Paralympic Committee, was quoted as saying.

“He was the kind of man who was a family man. He loved his family.”