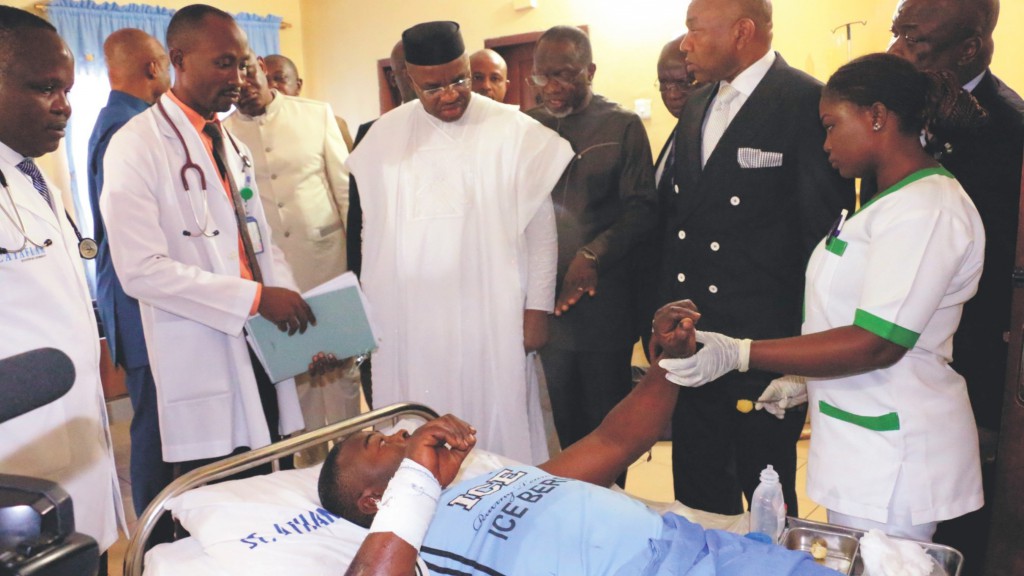 A member of the Akwa United Supporters’ Club died in the road accident that occurred along the Ekparakwa-Ikot Abasi Road in Akwa Ibom State on Saturday, when the driver of the bus they were traveling in lost control.

The Media Officer of the Uyo-based side, Uwem Ekoh, told PREMIUM TIMES on Sunday evening that one Peter who was the public relations officer of the supporters’ club was badly injured in the crash, and later died in hospital.

An unknown number of other supporters are receiving treatment in hospital, Mr. Ekoh said.

The supporters were traveling in a 32-seater bus to Port Harcourt, Rivers State, for a match between Akwa United and Enyimba FC of Abia State, when the accident occurred.

Meanwhile, the Akwa Ibom State Governor, Udom Emmanuel, who visited the injured at a private hospital in Uyo directed that they should be transferred to the Ibom Specialist Hospital in the city.

Mr. Emmanuel promised that the state government would clear the medical bills of the affected supporters.