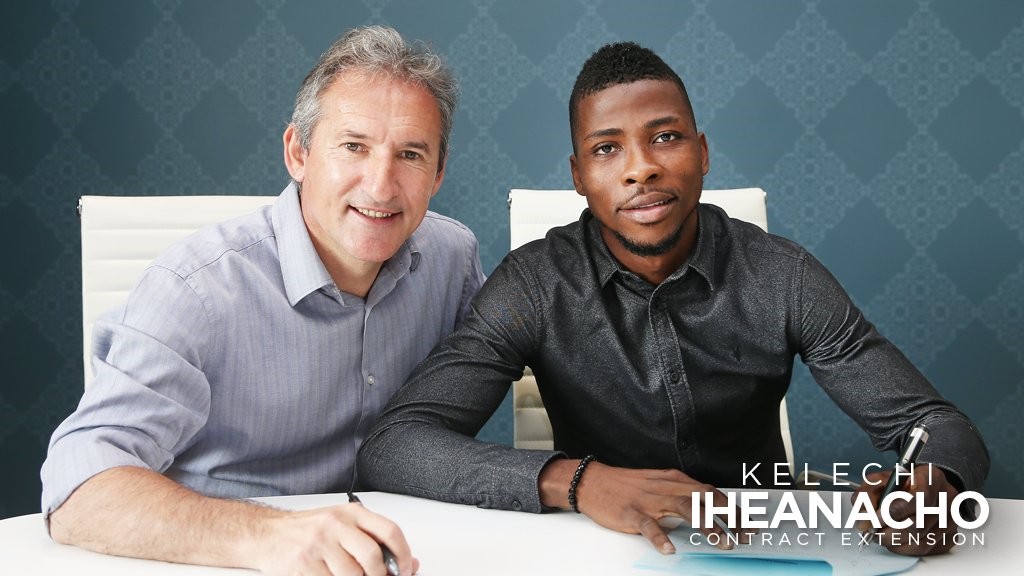 The 19-year-old Nigeria international, who scored 14 times in all competitions last season, is seen as one of the brightest young forwards in the world.

He has now pledged his future to Manchester City until at least 2021.

Speaking on City’s official website after the contract signing on Thursday, Iheanacho said: “I can’t express how I’m feeling! I’m very happy to sign my new deal for this Club, I’m excited.

“I just need to keep working hard and express my feelings on the pitch, and work really well and do great things for the team. I’m happy and I appreciate everything the Club has done for me so far at this point so I really need to help and work for them as well.”

Manager Pep Guardiola added: “Kelechi is a natural goal-scorer. I knew about him before, but I’ve been really impressed with him since I arrived.

“I like his personality, his attitude, his ability – we hope to help him reach the highest level and to realise his full potential”.

Iheanacho was City’s third highest goal scorer last season and he will be looking at doing much more having been rewarded with a new contract.