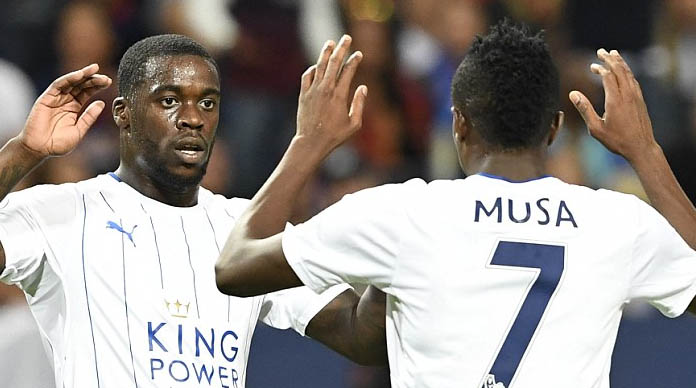 Musa, who now stars for reigning English Premier League champions, Leicester City, gave a five-star performance on the night but it was not enough as Barcelona emerged 4-2 winners in the highly entertaining clash.

After finding themselves three goals behind at half-time, thanks to Munir’s double strike and Luis Suarez’s effort, the English champions battled back after the break.

Musa – Leicester’s summer signing from CSKA Moscow – found the back of the net twice in quick succession to threaten a remarkable comeback.

However, Barca youngster, Rafa Mujica, struck late on to settle the game in favour of the Spanish giants.

With this sparking display, many will be keen to see how Musa will fare in the Charity Shield clash between his team and Jose Mourinho’s Manchester United.ited.

Blame me, not Babangida, for June 12 annulment, former Judge boasts