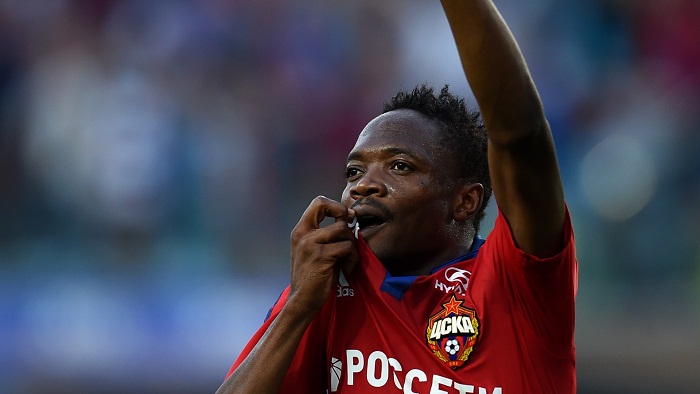 Reports from England indicate that the 23-year old fleet-footed forward will cost Leicester City a transfer fee in the region of £16.6m (about N7.3bn).

“Everything has been finalised and Musa will be in England for his medical on Wednesday,” Musa’s Agent, Tony Harris, was quoted as saying on BBC Sport.

Just on Saturday, CSKA Moscow coach, Leonid Slutsky, served the big hint that the Nigerian, who joined the Russian club in 2012 is on his way out of the club.

“And if you look at the way things are done over there, you’ll see he is a player just made for English football.”

Scoring 54 goals in 168 games, Musa was no doubt fans’ favourite in Russia and it is understood that the Super Eagles vice captain turned down offers from other Premier League sides, Southampton, Everton and West Ham before opting to pitch tenths with Leicester City.

It is yet to be seen how Musa will fare against the likes of Jamie Vardy in the new look Claudio Ranieri side.

LIFESTYLE: Why workaholics should check their mental health, By Bisi Daniels