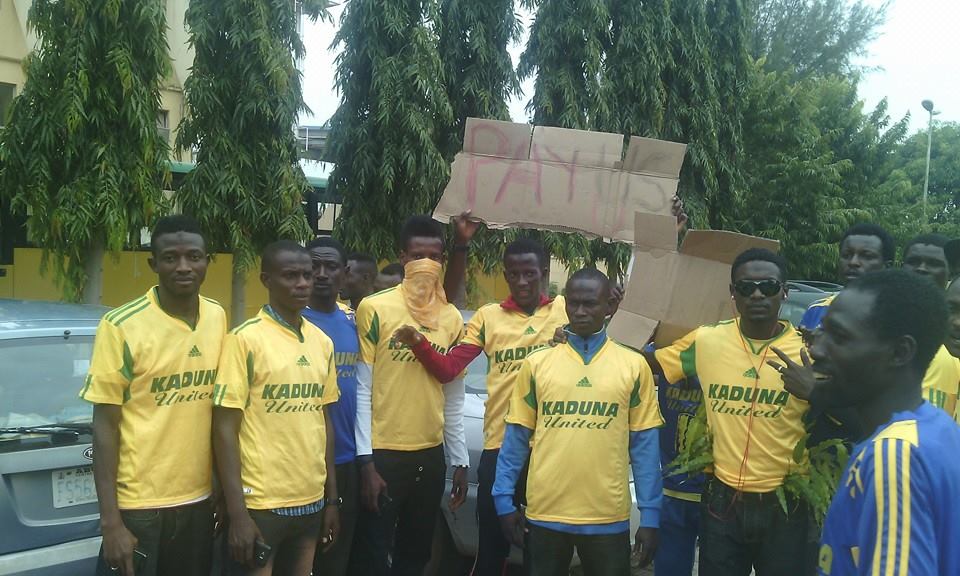 The players of Nigeria National League side, Kaduna United, have embarked on a peaceful protest as they seek audience with Kaduna State Governor, Nasir El-Rufai, for the payment of their salary arrears running into 19 months.

The players, who at the time of filing this report were at the Ministry of Sports complex, told PREMIUM TIMES  they have been pushed to the wall and can no longer bear the severe hardship their unpaid wages are causing them and their dependents.

Captain of the team, Emmanuel Ambrose, told PREMIUM TIMES he and his colleagues  could no longer carry the burden of playing football on empty stomach and are seeking the prompt intervention of the state governor.

“We have been patient all the while believing that they would soon attend to us,” he said. “It is a pity we have been playing on empty stomach for more than a year now; the suffering is just too much. We have sacrificed a lot for this club but we are not happy at how we are being treated.”

On his part, Linus Adams, a central defender with the team, who claimed he is owed over N2m, said he recently lost his father after he lacked funds to pay his hospital bills.

“I am in deep sorrow now because I lost my father because of all this unpaid monies,” he said. “I watched helplessly as my father died because I could not pay for his treatment. It is sad that he has a son working but I could not take care of him. We all have families that look up to us, please the governor should do something.”

The players said they have no plans to be confrontational with the governor, saying they appreciate he met the already bad situation on ground.

“We just want him to treat us as his sons, and we will take him as our father too” the team captain said.

Kaduna United were one of the teams relegated from the Premier League last season.