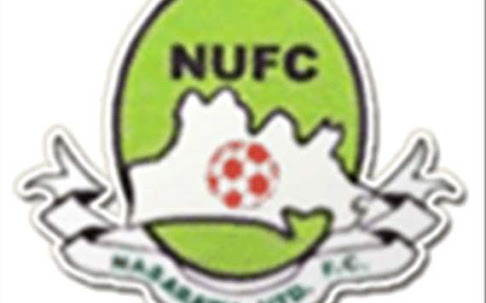 Stephen Morga’s hope of playing professional football after several failed attempts, has ended in regrets. A captain of the state-owned football team, Nasarawa United, from 2009 to 2012, he is currently, according to him, owed N8.4million by the state.

“I captained the team from 2009 to 2012 but signed for the club in 2008; they didn’t pay me the sign on fees,” Morga told PREMIUM TIMES. “We brought glory to the state team by taking them to the Premier League. When we asked for our money they refused to pay us our money and ejected us from the club. All efforts to get our money have proven abortive.”

Morga and his colleagues, which include 35 players and coaches – all former members of the club, have lamented that they are collectively owed almost N100 million by the Nasarawa state government; a situation that has reduced them to struggling to fend for their families.

Nasarawa United, one of the 20 football teams currently participating in the Nigeria Premier League, was established in 2002 with its base in Lafia. In 2004, the team graduated to the premier league and since then, has been performing well. However, in the 2008/2009 season, the club had some financial problems leading to the exit of many players.

Some of the players said there was no medical treatment for them when the club faced the cash crunch, but in spite of this they still managed to qualify the team for the elite league.

“We gave our all to them; our devotion and seriousness,” Morga said. “Medically, no one took care of us. Even when we were injured we always looked for ways to support ourselves. Despite all the endurance, they didn’t pay our money. Then we qualified the team for the premiership and they sacked us because we requested that they pay our outstanding money.

“One of us was really sick at a time. He had to depart camp to treat himself and came back after treatment; it was that bad. Another player had an accident, he was permanently injured and can never play again, yet the club refused to pay him.”

Morga also lamented that his sign-off fees of N5.45million was still not been paid, six years later.

PREMIUM TIMES learnt that the sign-on fees for these players vary from N1million to about N2million. Another player, Atu Yepu, who played for the club from 2010 to 2012, lamented that he was owed N2.5million.

“They are not ready to pay me,” he said. “We have been to the (state government.) We heard they released the money to the special adviser to the state governor on sports (now Deputy Governor-elect, Silas Agara.) He has been telling people and journalists that he has settled us. Silas Agara said he has paid us imagine? I am suffering, my mother is sick to the point of death now and I cannot help her and my money, my sweat, is hanging with him.”

“I have the evidence here,” he said displaying his contract. “They have said not said anything to me and the chairman of the club (Isaac Danladi) is not saying anything. That is why I am here to report to the NFF.”

Mr. Danladi joined the club in 2010 as the team manager. He is currently the club chairman and chairman, Club Owners Association.

In 2013/2014, the Nigeria Football Federation instituted the League Management Company to oversee the Premier League. At its inception, the LMC scrapped sign-on fees because clubs owed players backlog of unpaid salaries. It then mandated that the sign-on fees be added to players’ salaries. It also stipulated a minimum salary of N150, 000 monthly.

Morga explained that, before the overhaul by the LMC, he earned N55, 000 monthly as a team captain. “My salary was regular but the sign-on fees totalled N8.4million.”

The situation is however not limited to players. A former coach of the club, Sylvester Ekoja, who handled the team in 2013/14 season also narrated his plight to PREMIUM TIMES.

“In 2013/14, we brought the team to the Premier League, and up till date they have not paid us our money,” he said. “I have tried and even went to meet a first class chief and after that the money was actually released. The Special Adviser (Mr. Agara) always asked me to wait. He always said he would call me. They owe me N6.4million for two years.”

The failure of the Nasarawa state administration to pay the players has seen many of them turn to menial jobs for survival. Morga currently works as a mason and he plans on going back to school. Mohammed says he needs money to start a business.

“As you see me now, look at the back  of my shirt, it is faded,” Mohammed told PREMIUM TIMES at the NFF headquarters in Abuja, where the aggrieved players and coach had gone to report their plight to the NFF Players Arbitration Panel.  “I took my time to come to the NFF to protest because I am tired. I have a child and wife and it is not easy. If I get this money now, I can establish a business and get a better life for my family and enrol my son in a good school.”

Another player, Abbah Abdullahi, narrated how he lost his wife due to a lack of funds to pay her medical bills. He is now left to cater for two young kids.

“How do I start my story,” Abdullahi said. “I begged them to pay me, nobody answered me. I was thrown out of the Government House (Nasarawa State) when I went there to get money to pay for the operation on my late wife. She died days later.”

The players accused Mr. Agara of lying to them.

“They told us the money has been paid to the club and we were informed at the (Nasarwa State) secretariat to meet Silas Agara and Isaac Danladi which we did but they kept denying us,” Morga said. “All Silas Agara does is tell lies about the things he didn’t do. We have gone on radio and television and they said nothing will happen, is it not Nigeria? Imagine! Isaac Danladi even said on the radio that he didn’t know us.”

When PREMIUM TIMES contacted Mr. Agara, he said the players have been paid and should be ignored.

“It is not true that we owe these players,” he said. “We have paid them since and I don’t expect such reactions from them.”

Mr. Agara said the players should show proof that they are being owed.

Mr. Agara, however, ignored PREMIUM TIMES’ request for proof from the state that the players were paid.

Taking up his challenge, the players marched to the NFF with the original copies of their contracts. They also showed same to PREMIUM TIMES.

“Silas Agara has been busy lying to everyone that he has paid us,” Morga said. “He is a big liar. How could he be saying such untrue things? Everyone who knows him knows that he tells a lot of lies. This is our sweat and we want it. How many times have I gone to meet him one on one to ask for our money? He has been blabbing and saying we should hold on. Now he says he has paid, haba.”

The chairman of the club, Mr. Danladi told PREMIUM TIMES that he is not ready to comment because the case is before a judiciary body at the NFF.

“I cannot talk about that issue,” he said. “I cannot be joining issues with players on the pages of newspapers. The info that I have is that they have been to (NFF Players Arbitration Panel) and it is not fair for me to talk about it as a lawyer.”

The Nigerian Football Federation, which administers Nigerian football, meanwhile, told PREMIUM TIMES that it is aware of the problems faced by the players.

The general secretary of the NFF, Sanusi Mohammed, confirmed the receipt of a petition written from the aggrieved players.

“Well, I received a petition from the players lamenting their unpaid allowance,” he said. “I think it is most unfortunate. There is a committee that handles players’ issues and I cannot make a decision. We have forwarded the petition to them and let us see what they can do.”

A member of the arbitration panel, Sunday Ajayi, told PREMIUM TIMES that they had failed to reach a decision because the Nasarawa United officials have refused to appear before the panel.

“We waited for reactions from the officials of Nasarawa United; you know players sometimes, some will come and lie and some will speak the truth,” he said. “Whenever the officials come they will tell us why they have not been able to pay the players. We did not see them at the last sitting and next sitting we hope to see them and hear them out.”