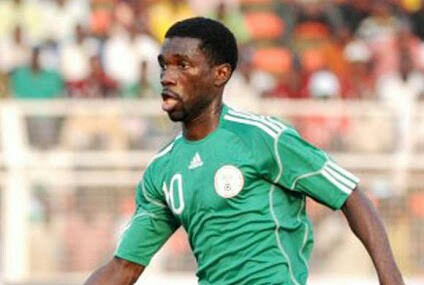 The Super Eagles started the race to qualify for Gabon 2017 with a 2-0 victory over Chad on Saturday at the Ahmadu Bello Stadium in Kaduna, even though the team did not show any ‘chemistry’ at least in the first half.

However, some of the players on parade on Saturday showed they have the innate abilities to command a regular shirt in the team going forward.

The Super Eagles have been crying out for a quality playmaker after the retirement of Austin Okocha. Rabiu Ibrahim, long touted as the successor to Jay-Jay, could finally get his chance under Stephen Keshi to cement a place in the team as another rebuilding process commences. The 24-year-old seems to have finally found a home with AS Trencin in Slovakia after sojourns with stellar teams like Sporting Lisbon, PSV and Celtic of Scotland. In 2007, Ibrahim was named in the top 50 youngsters to watch out for by the World Soccer magazine. But apart from winning the 2007 FIFA U-17 World Cup with Nigeria; the diminutive midfielder has added nothing else to his CV.

Former PSV manager, Fred Rutten, seems to have paid Ibrahim his highest ever complement when he declared in 2011, “Ibrahim is fast, technically skilled, physically strong and has a good sense of field position, there is something in that boy.”

So for all the promise, Ibrahim now has the best chance to resurrect a playing career that is tethering on the brink of non-significance.

Madu’s performance was reminiscent of those of Celestine Babayaro, the last world-class left back that the Super Eagles boasted of. At just 19, Madu showed he has a cultured left foot that should improve as he added more international caps and outgrows some naivety in his game. Having played 19 league games for AS Trencin in the Slovakian top flight, his four goals show the stats of the modern full back – comfortable in joining the attack whilst comfortable defending his position with aplomb.

The underlying trait of this 21-year-old is his penchant to keep his game simple. And for a central midfielder [in the guise of Xavi of Barcelona], that attribute ensures he is never caught on the ball and shows that he plays with his head up at all times. He also showed that he can tackle and harry opponents with visible strength in his lithe frame.

Stephen Keshi seems to have a penchant for bringing unknown names to the fore and he may just have outdone himself this time with the quality the he just might have unearthed for the Super Eagles.