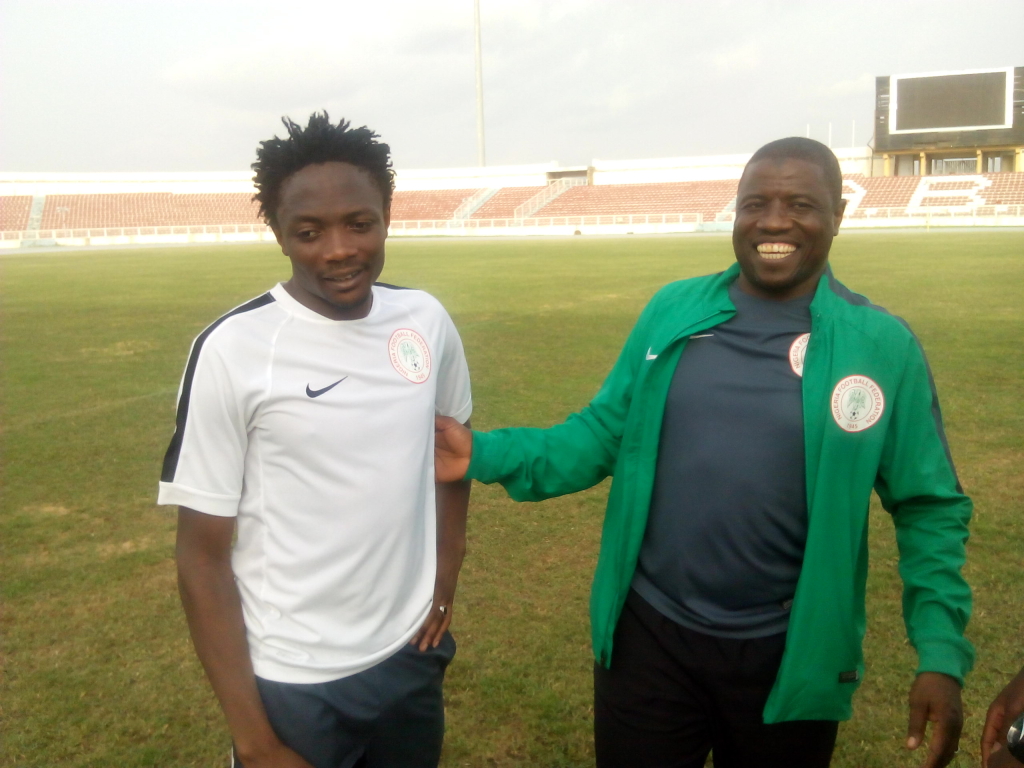 CSKA of Moscow winger, Ahmed Musa, on Thursday returned to training with his national team colleagues at the Ahmadu Bello Stadium in Kaduna after failing to show up at Wednesday’s session at the same venue.

Musa was said to have been excused from Wednesday’s session on the grounds that he was suffering dehydration. However, the fast-paced attacker was bubbling again with life in Thursday’s training session which was first behind closed-doors before fans forced their way in.

Though not disposed to granting an interview, Musa told PREMIUM TIMES that he ​wa​s fine and ready for Saturday’s game against Chad.

In a related vein, Germany–based defender, Leon Balogun, who also sat out training on Wednesday, was in full action for the Super Eagles as Coach Stephen Keshi tried out some tactical formation with his team.

Meanwhile, there was mild drama at the Ahmadu Stadium on Thursday as anxious Kaduna fans refsued​ the pleas of Keshi for a closed-door session with the Super Eagles.

The fans, who have enjoyed watching the former African champions since they arrived in the state on Sunday, forced their way into the venue to have yet another glimpse of the national team on Thursday.

Some of the fans who spoke with PREMIUM TIMES said there was no basis for them to be locked out of the stadium. However, few others agreed that Keshi was right to ask for a close​d​-door session as preparations are now at a crucial bend for Saturday’s game