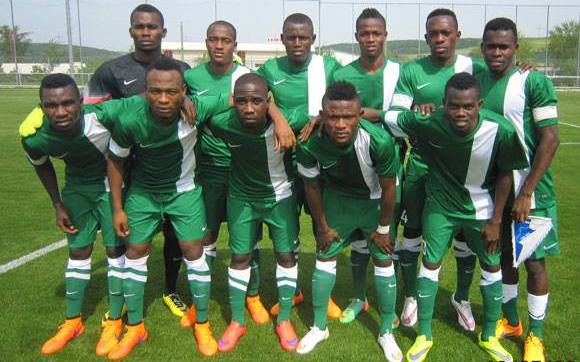 The 21-man squad presented by Nigeria for the FIFA U20 World Cup set to take place in New Zealand has been rated as the youngest for the tournament.

Made up largely of members of the 2013 Golden Eaglets squad that conquered the world in the United Arab Emirates, the world football governing body revealed that the average age of the Nigeria team is 18 years and nine months.

In all, a total of 504 players have been selected by the 24 teams on parade in this year’s tournament as talented youngsters attempt to follow in the footsteps of Diego Maradona, Lionel Messi and countless other global stars who have showcased their potential at this youth tournament in times past.

While Nigeria prides itself as showcasing the youngest set of talents in New Zealand, the oldest, meanwhile, are provided by the European duo of Germany and Ukraine.

Hoping to stun the world yet again, the Flying Eagles will be banking on the scoring prowess of the likes of Taiwo Awoniyi, who FIFA admits is among the youngsters worth watching out for at this year’s tournament.

The Flying Eagles will be starting out their campaign at the 2015 FIFA U-20 World Cup on June 1 against football world powers, Brazil, before going on to face North Korea and then Hungary.

Aside from Ghana, no other African team has laid its hands on the FIFA U-20 World Cup.

Nigeria only came close on two occasions when they made it to the finals in the editions hosted by Saudi Arabia and Netherlands.