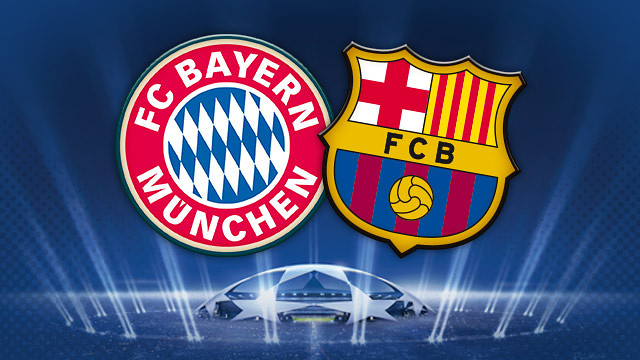 Barcelona secured a place in the finals of this season’s UEFA Champions League despite the 3-2 loss to Bayern Munich on Tuesday night at the Allianz Arena.

The Spanish giants pulled through to the Berlin finals with 5-3 aggregate score line having won the first leg 3-0 at the Nou Camp last week.

Bayern started like a house on fire capable of upturning the huge deficit from the first leg as they opened the scoring through Medhi Benatia in the 7th minute, but a brace from Neymar saw Barca take a 2-1 lead on the night and four-goal lead overall by half time.

Desperate to at least get a face saving win at home, Coach Pep Guardiola’s men stepped up their game in the second half and their efforts paid off when Robert Lewandowski levelled back for Bayern just before the hour, before Thomas Muller netted what was the winning goal of the night in the 74th minute.

Having pulled through to the finals, Barcelona will now wait to see who joins them for the Berlin showdown between Real Madrid and Juventus who both will be in action on Wednesday.

As is stands presently, Barcelona are on course to win three major trophies this season; the Champions League, Copa del Rey and La Liga title.