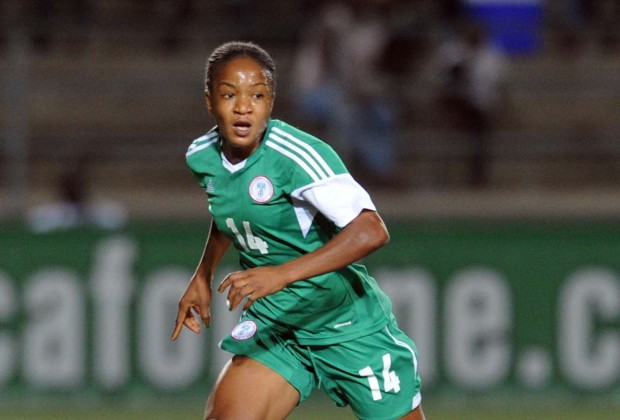 Super Falcons and Portsmouth striker, Umuotong Ini-Abasi, has said if chosen for the 2015 FIFA World Cup, her dream as a footballer will come true.

In a chat with PREMIUM TIMES in Abuja, the 20-year-old player said it is the dream of all footballers to play at any FIFA World Cup and she will be glad if she makes it.

The player, who has been dazzling at the Falcon’s training sessions in Abuja, scoring several goals, said its good to be back on the team.

“It’s pretty nice to be back and unite once again with the girls,” she said.

The Falcons will jet out to Canada on May 20 to prepare for the tournament, which commences on June 6.

However, they will be playing friendly matches with Canada and New Zealand before the tournament.

The Super Falcons are in Group D with USA, Australia and Sweden.