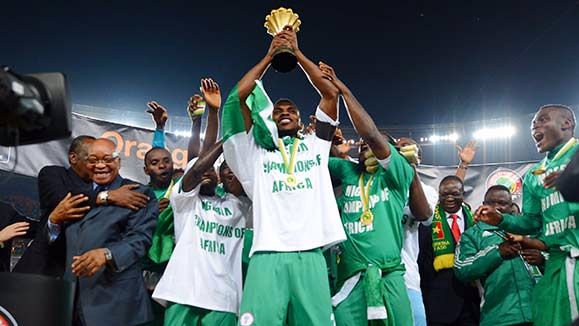 The Super Eagles failed to make any move either upwards or downwards in the latest FIFA rankings released by the World Football Governing body on Thursday.

The Eagles, who were ranked 45th in the world in April, maintained th​e​ same position in the May edition ​released by FIFA Thursday.

The Nigeria national team were largely inactive in the period under review​,​ thus there was no surprise seeing them stay on the same spot in the ​ranking​ of football playing countries.

Just like Nigeria, there are very few changes to report on the May edition of the FIFA/Coca-Cola World Ranking, with the results of only three matches taken into account.

The top 17 positions are unaltered from last month, which means that Germany remain the number one team in the world followed by Argentina in second place and Belgium (3rd, unchanged).

There has also been no change to the regional composition of the top 50: UEFA has 29 teams, whereas CAF has ten, CONMEBOL has six, CONCACAF has three, the AFC has two, and the OFC has none.

Ivory Coast, Ghana, Tunisia, Senegal , Cape Verde, Guniea are all ahead of Nigeria while Cameroon and Congo complete the list of the top ten teams on the continent.

The next FIFA/Coca-Cola World Ranking will be published on 4 June 2015.