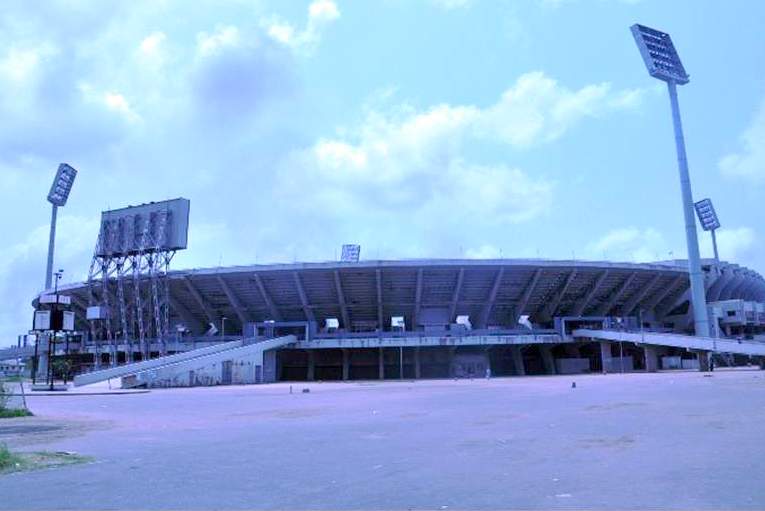 Not less than five refuse heaps have been spotted at different locations within the National Stadium complex, Lagos, leaving the sport city environment filthy and unhealthy for users of the facility.

The News Agency of Nigeria, NAN, reports that some of the heaps of refuse were rather haphazardly located at the weightlifting gymnasium, opposite the mechanic workshop, behind the main bowl and by the legacy pitch, as well as the boxing gymnasium/secretariat.

Some of the athletes and coaches who use the environment for training decried the awful sight.

They told NAN that the present state of the complex was not good enough and could pose health hazards to users of the stadium.

Many people – sportsmen and women, as well as individuals – troop to the facility in the evenings, but mainly at weekends, to engage in jogging and other forms of exercises. Many also patronise, on a daily basis, many of the drinking and relaxation joints within the complex. It is all these people who generate wastes at the stadium.

Okechukwu Elendu, who claimed to use the facility for exercises, said the management ought to be more responsive in ensuring the cleanliness of the environment.

Mr. Elendu condemned the act of abandoning the heaps of refuse at strategic places within the complex, describing it as an eyesore.

“The stadium management is trying but they must do more in the area of refuse dumps; we are not supposed to see or smell wastes, it’s dangerous to health,’’ he added.

Ijeoma Iherobiem, an athlete, said that the cleaners always come around in the morning hours to clean up the environment and end up soliciting for trash bins to evacuate the wastes.

Ms. Iherobiem said the place was usually messed up as a result of a lack of bins where people could dispose of wastes, stressing, “the heaps constitute mainly nylon — sachet water, biscuit wraps, banana peels, empty cartons of wine and bottles.

“I know they used to have a tractor that they used in evacuating wastes to their dump sites. The vehicles must have broken down.

“That is why we now see wastes in recent times, The cleaners now use wheel barrows to move huge wastes to the dump sites. The barrows are inadequate to cope with amount of wastes being generated daily.

Meanwhile, Abolore Alanamu, the National Stadium Manager, in a reaction, said the management was committed toward ensuring a healthy environment for users of the facility.

Me. Alanamu, however, acknowledged that the tractors used by cleaners to dispose wastes were no longer in use as the engines had since packed up.

“This is a major challenge to us,’’ he said, stressing that management was making alternative arrangements.

According to him, under a new arrangement, cleaners are to gather wastes at some designated spots, from where the wheel barrows would be used to move them to the dump site, located at the Alaka end of the complex.

“Although our tractors are bad but we have a way of managing the dirt collected by cleaners, but we have issues with waste baskets because they are always missing,’’ he said.

The manager said that management had proposed to employ more security personnel to man strategic spots and apprehend perpetrators stealing their waste disposal baskets and dumpsters.