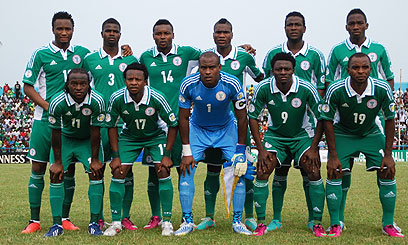 Watford FC of England striker, Odion Ighalo, has described the chance given him to play for the Super Eagles as a dream come true.

The player is among the newly invited players to the Super Eagles ahead of friendly games against Uganda and South Africa in this week’s FIFA free window.

In a chat with PREMIUM TIMES, the 25-year-old said he is happy with the call up and would make the most of the opportunity.

“I feel good because it is my dream to play for my country,” Ighalo,who has scored as much as 17 goals for Watford FC this season, stated.

Ighalo and the rest of the Super Eagles players are already in Uyo getting set for the friendlies against the Cranes of Uganda on Wednesday and then the Bafana Bafana of South Africa later in the week in Nelspruit.