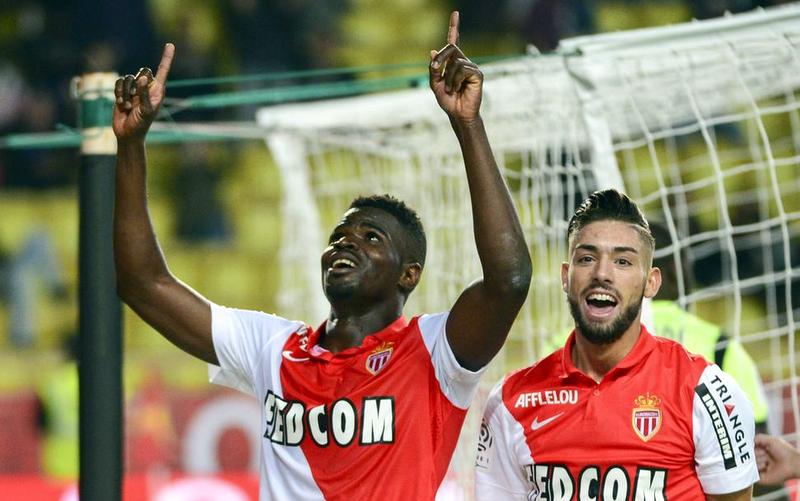 Super Eagles and Monaco of France defender, Elderson Echiejile, has expressed great joy over his team’s qualification for the quarter finals of the UEFA Champions League ahead of EPL giants Arsenal.

Echiejile, who was omitted in the roster of players invited for the two friendly games ahead of the Super Eagles, came in as a late substitute as Monaco eliminated Arsenal from this season’s Champions League on the away goals rule on Tuesday night.

The Nigerian defender was an 86th minute replacement for Tunisia’s Nabil Dirar as Monaco slumped 2-0 at home after they won 3-1 at Arsenal last month.

Olivier Giroud and Aaron Ramsey did score for the Gunners but their effort was not enough to see the London club through.

“For us it was important to make it through to the next round. It’s now time to get focused on other task ahead”.
“Great qualification looking ahead to the next round,” an excited Echiejile who is the last Nigerian standing in the prestigious club competition wrote on his twitter handle @EldersonEch.

Aside Monaco, Spanish side, Atletico Madrid, on Tuesday night also joined the quartet of FC Bayern München, FC Porto, Paris Saint-Germain and Real Madrid CF on the list of teams already through to the quarter finals of the Champions League.

Two more teams are expected to emerge later tonight to complete the roster for the quarterfinals while the draws will be held on Friday.