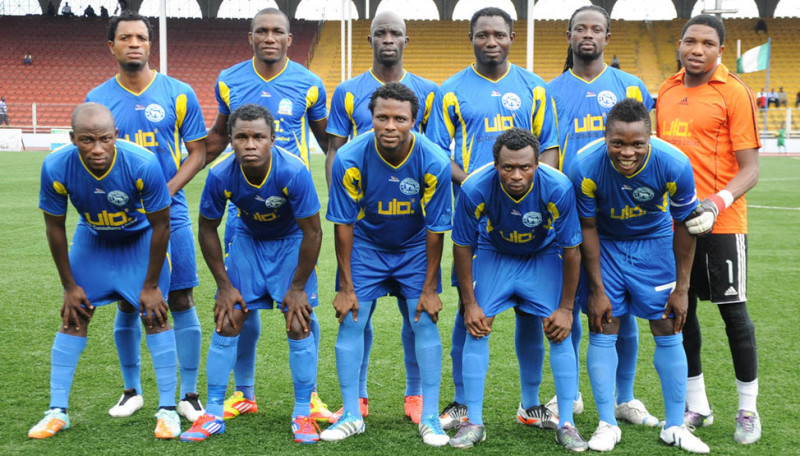 One of Nigeria’s representatives in the CAF Confederation Cup, Warri Wolves FC, on Saturday secured a crucial 0-1 win in their first leg First Round clash against Racing De Bobo in Bobo Dioulasso, Burkina Faso.

The hero for the Nigerian flag bearers was Abu Azeez, who scored the only goal of the game in the 84th minute goal off a corner kick from teammate Ibenegbu.

According to Moses Etu, the Media Manager for Wolves, the match in Bobo Dioulasso was keenly contested by both sides and the introduction of Azeez, who replaced Okafor Onyekachi in the 75th minute, proved to be a right decision.

Even though centre referee, Ibrahim Mamane, from Niger, had earlier in the game disallowed a goal scored by Ibenegbu, it was not enough to deny Wolves the vital away win.

The Seasiders showed great courage not only to record a clean sheet away from home but also emerging victorious.

The Coach Paul Aigbogun tutored side would now seek to progress into the next phase when they play the return leg which comes up on Sunday March 1, 2015 at the Warri City Stadium, Delta State.

Warri Wolves are the second team to record an away win in the opening day of action for the Nigerian teams campaigning in CAF club competitions this year.