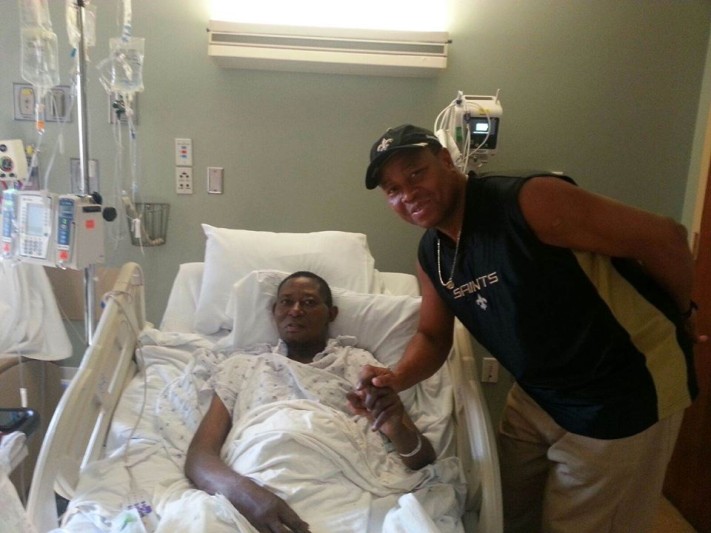 While next to nothing has been heard from Nigeria sports authorities particularly the Nigeria Football Federation over the case of cancer-stricken former Super Eagles goalkeeper, Wilfred Agbonavbare, some level of help has come the way of the forgotten hero from his former Spanish Club, Rayo Vallecano.

As reported on Spanish football publication Marca, Rayo Vallecano through a dedicated campaigned tagged #FuerzaWilfred (Wilfred Force) has been able to raise 21,106.90 euros (over N4.5m) and have decided to hand the bulk of the money to Agbonavbare who is currently receiving treatment at the Alcalá de Henares cancer hospital having been moved away from Florida, United States where he was initially receiving treatment.

With his life obviously is hanging in the balance, officials of Rayo Vallecano thought it wise to also use part of the funds raised to fly in Agbonavbare’s three children from Nigeria to see their father alive for perhaps the last time as reports indicate that the ex-Nigeria International is in a bad shape at present.

It is reported that that there are contacts already between Rayo Vallecano and the Ministry of Foreign Affairs and the consulate of Spain in Lagos to see that the children of Wilfred can get the visa that allows them to travel.

Said to be doing menial jobs before his illness, Agbonavbare started his sporting career with New Nigeria Bank after which he had a stint in England with Brentford before he signed with Rayo Vallecano, where he stayed for six seasons and was largely seen as an icon for the modest Spanish outfit in the early 90s.

Though often on the bench behind the duo of Peter Rufai and Alloy Agu, Agbonavbare did enjoy some level of success with the Nigeria national team; including the 1994 Africa Cup of Nations in Tunisia.

Since quitting the football scene, it has been a tough road for Agbonavbare whose wife died of breast cancer three years ago. Reports indicate that the ex-footballer spent all the money he made playing professional football on her medical bills to keep her treatment uninterrupted.

Consequently, he had to send his three children to Nigeria because of his now lethal health condition.