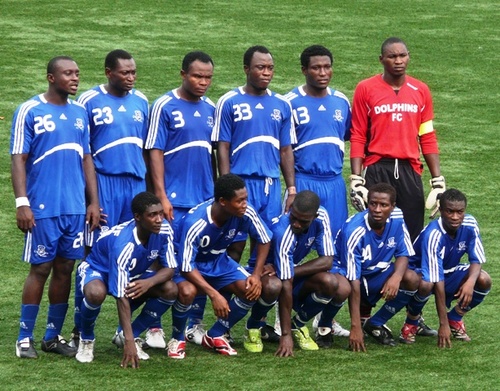 Nigeria Premier Club, Dolphins FC of Port Harcourt have kick-started preparations for the 2014/15 season which has been scheduled to commence on March 7.

The camp of the Rivers State owned football club, which will participate in the Confederation of African Football, CAF, Continental Tournament, Confederations Cup, Nigeria Premier League, and the Nigeria Federations Cup, was officially opened on Monday.

The officials of the club said they were keen to get started for the task ahead.

The team will be playing Leonas Vegetarianos of Equatorial Guinea in a February, in the preliminary round of the CAF Confederation Cup. The club officials disclosed that the team would travel to the match venue by road.

“Three weeks of training plus five games in the League Management Company organized pre-season tournament next week may not be enough preparation but is above average considering the circumstance,” the media officer of the club, China Acheru, said on Monday. “The old players of the club have returned and we expect the newly signed on players to be in camp by today (Monday) or tomorrow (Tuesday) so the coaches can start their fitness exercise then begin to impose their philosophy on the team.”

Dolphins have already registered players to feature for the club in the CAF Confederation Cup this year.

The club finished 7th in the 2013/14 league season and 2nd at the final of the Federation Cup.

I’m in this race to serve – Ambode