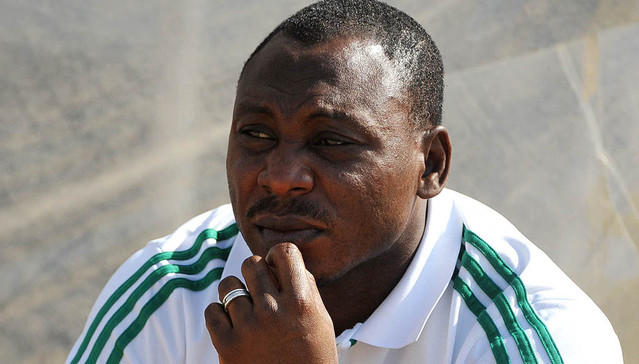 Twenty four players from the Nigerian domestic league have been invited for the upcoming friendly games between Nigeria and two of its West African neighbours, Ivory Coast and Mali.

The two countries will be competing in the 2015 Africa Cup of Nations which the Super Eagles missed out.

According to a statement from Ademola Olajire, the Nigeria Football Federation, NFF, Media officer, the list of players was drawn up by Assistant Coach Daniel Amokachi even as the contract issue for Coach Stephen Keshi lingers on.

“We are working round the clock to make sure that the Super Eagles will have opponents for all the FIFA windows available in year 2015, and we are happy that the two games with the Ivoirians and the Malians are sealed,” he said.

“The Elephants and the Les Aiglons are on their way to the 30th Africa Cup of Nations in Equatorial Guinea, so they are sure to give our team good games.”

Players are expected to report at the Bolton White Apartments, Abuja on Sunday, 28th December with their international passports and four passport photographs.

Why I picked Osinbajo as my running mate– Buhari

I rejected my nomination as APC Vice Presidential candidate — Tinubu