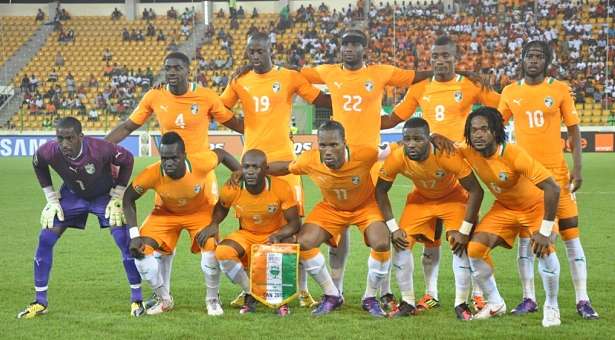 The Ivorians were ousted by Greece.

Cote d’Ivoire’s football governing body, the Ivorian Football Federation, IFF, has apologised to supporters of the country’s national team, the  Elephants, over the team’s poor performance at the FIFA World Cup in Brazil.

In a statement issued by its President, Augustine Sidy, in Abidjan on Saturday, IFF accepted responsibility for the ousting of the team in the world football event.

“The federation takes responsibility for our team’s performance. Our team performed below the expectation of its supporters. We have learnt the lessons we need to learn, we will take steps to correct our mistakes in future competitions,” it said.

The body said it would undertake a review of the Elephants’ performance in the World Cup, with a view to taking appropriate actions.

The Ivorian national team failed to qualify for the second round of the World Cup after being defeated 1-2 by Greece in their last group game.

The Elephants, in Group C alongside Japan, Colombia and Greece, had won 2-1 in their opening match against Japan and lost 2-1 in the second group game against Columbia.