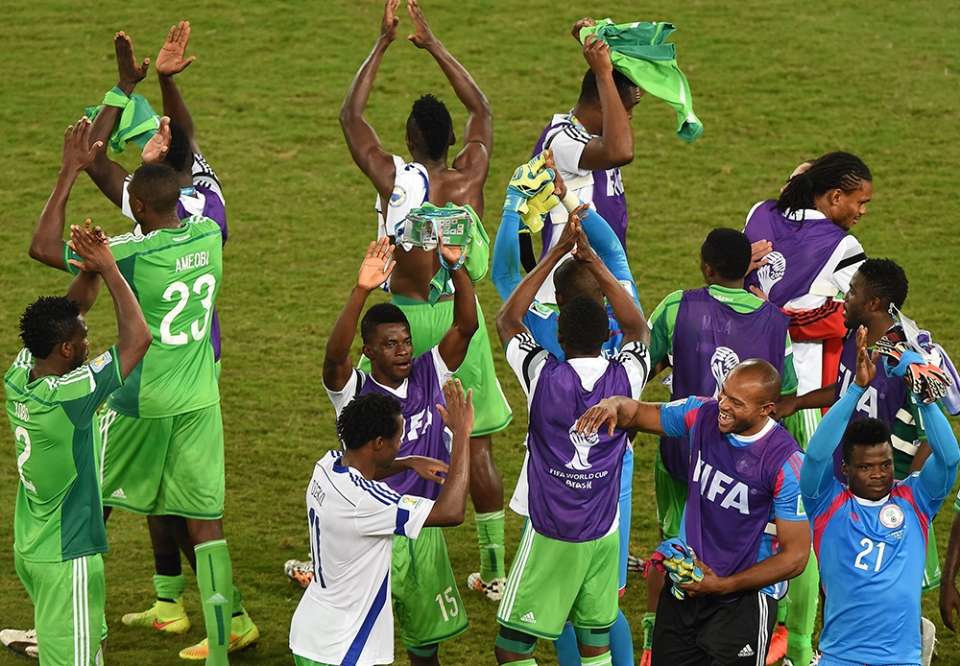 The Super Eagles cancelled a schedule training session on Thursday after a meeting where the players demanded the immediate payment of their appearance fee.

The Super Eagles may be heading the way of the Black Stars of Ghana if nothing is promptly done to settle the bad blood already brewing in camp over unpaid allowances.

Football news website, Kickoff.com is reporting that the Super Eagles cancelled a schedule training session on Thursday after a meeting where the players demanded the immediate payment of their appearance fee.

The Black Stars, who were embroiled in a similar disagreement with their country’s officials, were eliminated from the completion after an uninspiring performance against the Portuguese national team in their last group match. The Ghanaians lost the match by two goals to one.

The Black Stars players had threatened to boycott the match with Portugal if their appearance fees were not paid. It took the intervention of the Ghanaian President, John Mahama and the $3 million cash that was flown to the team in Brazil before they withdrew their threat.

The Super Eagles media officer, Ben Alaiya, told Kickoff.com that the team was in a meeting and would come out for training afterwards. But an hour later, a bus, which was ready to take the team to training, re-parked, with officials saying the training had been cancelled.

Kickoff.com says during the meeting, the players asked to be paid the appearance fee agreed with the Nigerian Football Federation (NFF) for making it past the group stage of the competition.

Kickoff.com says the Secretary- General of the football federation, Musa Adamu, left Brazil for Nigeria for more cash prior to the meeting. An official of the Federation, who was not named, told kickoff.com that Mr. Musa left to get money to prosecute the other rounds of the competition.

It is hard to imagine that the team is having problem with finances after, President Goodluck Jonathan approved the NFF’s budget of N2 billion, one of the biggest budget by teams in the competition, to execute the World Cup.

Mr. Amadu is expected to return to Brazil before the team’s round of 16 match with former world champion, France in Brasilia

The Summer that Never Began, By Hussaina Ishaya Audu