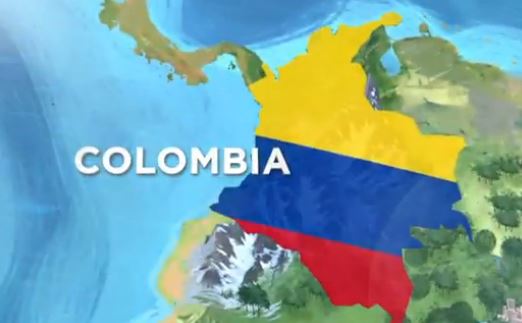 FIFA World Cup finals history
With the exception of Italy 1990, when the golden generation that included Rene Higuita and Carlos Valderrama slipped up against unfancied Cameroon in the Round of 16, Colombia have never made it past the group stage at the FIFA World Cup. In fact, an analysis of the other three campaigns reveals a disappointing combined record of six defeats, one draw and just two wins at the tournament.

The key players
With his sparkling form at Monaco, the prolific Falcao is now generally regarded as Colombia’s main attacking threat. The 25-year-old predator came to prominence at River Plate, first in the youth team and then with the senior side, before moving to Europe in 2009 where he won two Leagues, two Cups, three Super Cups and the UEFA Europa League with Porto, and then added another UEFA Europa League and European Super Cup with Atletico Madrid. As well as Falcao, the Colombians can also count on the experience of defensive duo Mario Yepes and Luis Perea at the back, as well as the creativity of attacking midfielder James Rodriguez and the goalscoring instinct of Teo Gutierrez, a lethal partner for Falcao up front.

The Future Awards Africa announces Board of Advisors

NSCDC defeats Police, others to win 2020 ‘One Service One Medal’ games

Benitez says he’s leaving Chinese side because of coronavirus pandemic

NPFL: Rangers captain sure of victory against Lobi Stars

The Future Awards Africa announces Board of Advisors