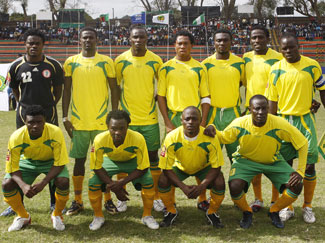 The match has been rescheduled for Sunday.

A Nigeria league match between Akwa United and Kano Pillars was stopped, Saturday, after about three minutes due to heavy rainfall.

The match was being played in Uyo, the stadium of Akwa United. It has now been rescheduled for Sunday 9:00 a.m. At same venue.

The score was 0-0 before Saturday’s stoppage.

The status of the match was confirmed by the League Management Committee on its twitter handle @LMCNPFL.

“Akwa United vs Kano Pillars. Game now to hold tomorrow (20/04/14) after heavy rain forced it to a halt today inside 5 minutes,” the LMC tweeted.

Akwa United are top of the table with 11 points from six matches, while Pillars are third in the standings with nine points.