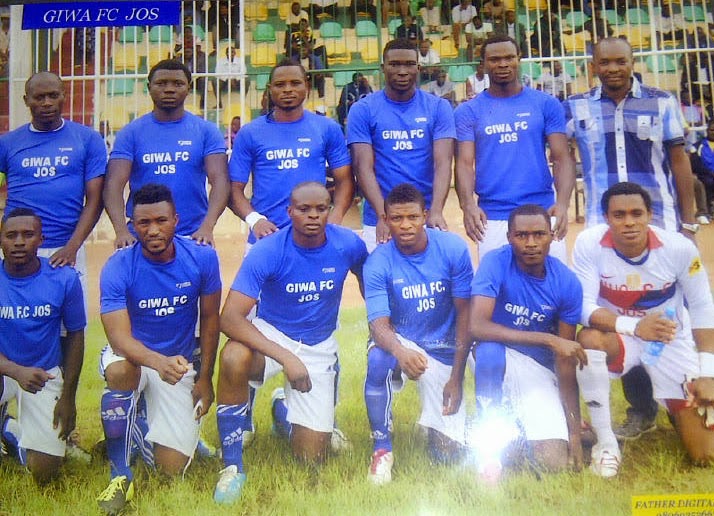 This is Giwa’s first match since re-instatement.

The Chief Coach of Rangers International FC of Enugu, John Obuh, has blamed poor pitch for his team’s 0-1 defeat by Giwa FC of Jos on Wednesday.

The former Flying Eagles handler said that his boys could not play well because of the bad pitch at the Rwang Pam Stadium, Jos.

“We came with high spirit, the boys started well but because of the poor field they could not drop their ball and play as expected,” Mr. Obuh said.

According to him, this led to loss of concentration in the course of the match and the eventual dismal performance.

Ranger’s midfielder, Ejike Uzoenyi, who won the Most Valuable Player at the last Championship of African Nations, CHAN, also attributed their loss to poor pitch. He said that the pitch was not good for elite football like the premier league.

“The poor pitch is not good for the image of Nigeria football; how can DSTV cover a match in such a stadium? What will it look like in the eyes of the international community?” he said.

The match was the first by Giwa in the Globacom Premier League after its reinstatement into the competition.

Giwa gained promotion from the Nigerian National League, NNL, last season. However, it was not registered for the premier league season by the League Management Company, LMC, which claimed that it did not meet its requirements. But following litigations and intervention by the House Representatives Committee on Sports and the Nigerian Football Association, it was reinstated.

The only goal of the match was scored by Ocheme Odoh for Giwa in the 31st minute.

Giwa’s Coach, Abdullahi Biffo, said after the game that his side was not convincing enough but thanked God for the three points.

“We have not played a match for a long time and so, we lacked match fitness but the most important thing is that we got the result,” he said.

The match was watched by thousands of soccer fans in Plateau, who came to watch the premier league for the first time in several years.