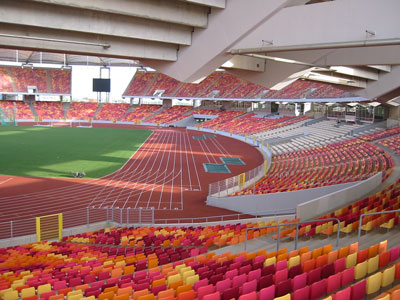 The League Management Company, LMC, organisers of the Glo Premier League, has granted its approval for the renovated Umuahia Township Stadium to host Premier League games this season.

A letter signed by the Chief Operating Officer of the LMC, Salihu Abubakar, dated February 25 and addressed to the Chairman of Abia Warriors, Emeka Inyama, said following a recent inspection by the LMC, the stadium had met the required standard to host Premier League matches.

The LMC reminded the club that it would conduct routine checks during the season to ensure that the minimum criteria for the facilities, security and crowd control were sustained. It congratulated Abia Warriors for passing the test as the team debuts in the Premier League.

Abia Warriors Football Club gained promotion to compete in the Glo Premier League last season and will be hosting Kaduna United at the stadium on the March 9 in its first match in the elite league.