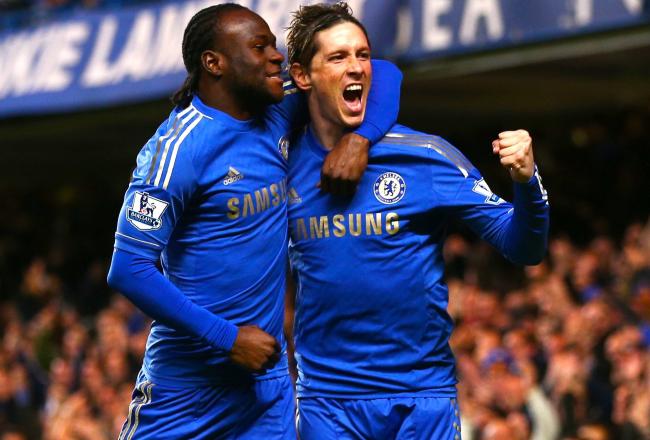 For the second time this season, Real Madrid scored six times in a
UEFA Champions League tie as they defeated Schalke 04, 1-6, in one of Wednesday night’s first leg Round of 16 matches.

Two goals each from Karim Benzema, Gareth Bale, and Cristiano Ronaldo saw the Spanish giants cruise on in Germany to the biggest win in this stage of the competition.

Schalke 04’s face saving goal came off the boots of Klass Huntelaar and it was indeed a beauty to behold and thus ended Iker Casillas dreams of another clean sheet in the Champions League.

While it was a goal feast in Germany, it was tighter in Istanbul as Turkish giants, Galatasaray, gave themselves some hope of making the quarter finals of this season’s UEFA Champions League after battling to a 1-1 draw against Chelsea at the Turk Telekom Arena, Istanbul.

The Didier Drogba inspired Turkish side had to come from behind to secure the draw. The host could have even scraped a win following a late surge against Chelsea in the first leg Round of 16 clash.

Chelsea took the lead after just nine minutes of action when Cesar Azpilicueta made a dashing run down the left and then whipped a low cross to  Fernando Torres who accepted the pass and side-footed the ball past two defenders and into the empty
net.

The London team kept the lead through to the second half. However, for the second half, Chelsea seemed to relax on their quest to increase their lead and were soon to be punished when Wesley Sneijder’s corner was floundered by Chelsea’s defence  and Cameroonian Aurelien Chedjou profiting from the gaffe fired home from close range.

From then the host grew in confidence as they pressed hard for a possible winning goal but were to be denied by Chelsea’s resolute defending and fantastic saves from Petr Cech.

The Istanbul duel is the only Round of 16 tie that has ended in a stalemate and many are already predicting an explosive clash in the reverse fixture in London next month.

Nigerian League: “Our target is to retain our status in the league” Babangida