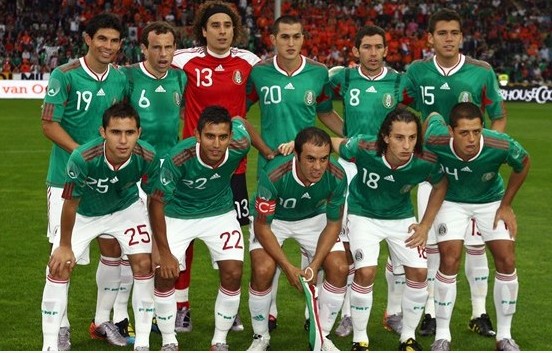 Nigeria will play Mexico in a pre-World cup friendly match.

The Head coach of the Mexican team, Miguel Herrera, has released a 24-man team list that will play against Nigeria in the pre-World Cup friendly on March 5 at the Georgia Dome in Atlanta, Georgia. USA

Amongst the star studded players list is Javier Hernandez (Chicharito) of Manchester United, and about 6 Europe based professionals.

The match will also mark the return of midfielder Andres Guardado, who earned a call-up after his recent loan to Bayer Leverkusen from Valencia.

The last match between Nigeria and Mexico ended in a draw. The game was played on May 31, 2013, in Houston, Texas.

Fuel Scarcity: Petrol sells for N125 per litre in Umuahia