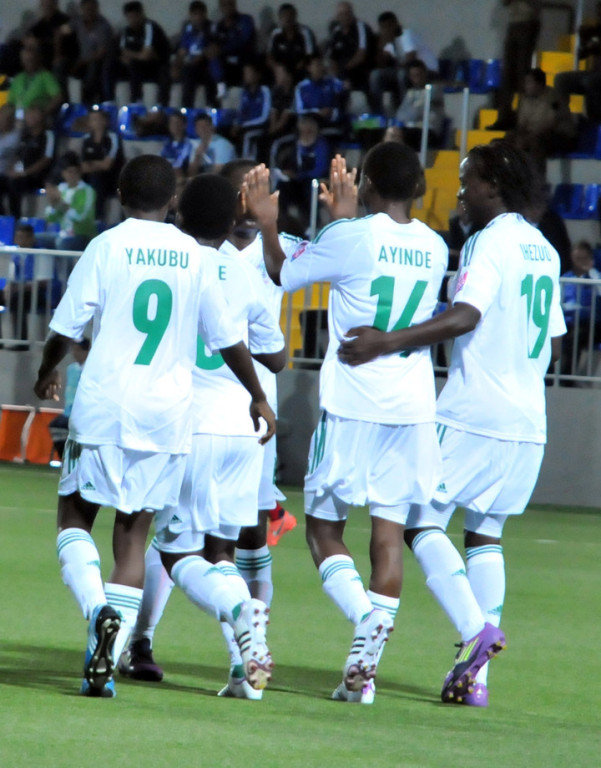 List would be trimmed to 21 at the end of the tour.

The head coach of the Nigeria U17 Women team Bala Nkiyu has picked 25 players for the training tour billed for Faro, Portugal in the final phase of their preparation for the 2014 FIFA U-17 women World Cup in Costa Rica.

A 33-man delegation of the Nigeria U17 national team made up 25 players and eight officials departed Abuja by 11 p.m. on Friday, for a training tour of Faro, Portugal aboard a Lufthansa Airline flight.

On board were familiar faces like Captain Tessy Kesiena and Chinwendu Ihezuo who both starred at the last U17women World Cup in Azerbaijan.

The Flamingoes will be involved in an international friendly match against Belgium U17 women team in Brussels on March 4.  Other tune-up games will come up against some clubs in Portugal during a 19-day training camp at the Browns Sport and Leisure Club in Faro, Portugal.

The Nigeria U17 women will return to Faro from Brussels and then fly from Madrid, Spain, to San Jose, capital of Costa Rica, on 12 March, with their first match of the tournament against China on 16 March.

Nigeria will trade tackles with China, Mexico, and Colombia in Group D at the tournament that will be played across four stadiums, three in San Jose and another in Liberia.

The 25-man list is expected at the end of the training tour to be trimmed to 21 for the 4th FIFA U17 Women Finals in Costa Rica, taking place from 15 March to 5 April this year.
Full Players’ list