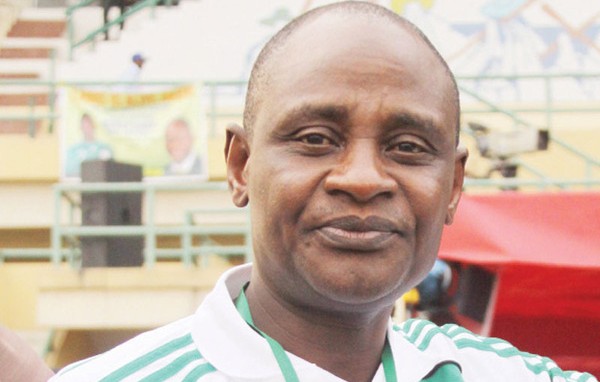 No plan to impose foreign assistant on Keshi – Maigari

Maigari says NFF has no plans for a foreign technical assistant

The President of the Nigeria Football Federation, NFF, Aminu Maigari, on Thursday denied rumours that the federation was proposing a foreign technical assistant for the Super Eagles’ Head Coach, Stephen Keshi.

“At no time did anyone in the NFF, whether myself, the Executive Committee or the Management, contemplate, suggest, recommend or even try to impose the idea of a foreign technical assistant, foreign technical adviser, expatriate assistant, or whatever, on Mr. Keshi. Some idle souls with fertile imagination invented this, sold it to their friends in the media and those chaps took it up with aplomb. It is a shame. The NFF made it clear long ago that it would not impose anyone on Keshi, and that will remain so. It is even more shameful that a number of disco critics had gone further to hurl insults at the NFF for this speculation that we know nothing about,” Mr. Maigari said in Abuja.

Insisting that the present NFF administration deserved credit for the way it stuck by indigenous coaches and the successes it has recorded to regain Nigeria’s pride of place in the international game, the NFF President called on football-loving Nigerians at home and abroad to ignore the talks and regard them as idle speculation of opponents of Nigerian football.

“The present NFF has, in thick and thin, kept faith with indigenous coaches. It is the first administration in the history of the NFF to do so. And over time, we have pledged full support to Keshi and the squad for them to make a very big impact at the FIFA World Cup finals in Brazil. Nothing has changed. Our full support will be available for Keshi and the team at all times and since he has not mentioned the issue of a foreign technical assistant or expatriate expert, no one in the NFF is thinking along that line,” he said.

Keshi is, however, believed to have suggested a foreign technical assistant to the NFF technical committee, a suggestion that has been approved by the committee.