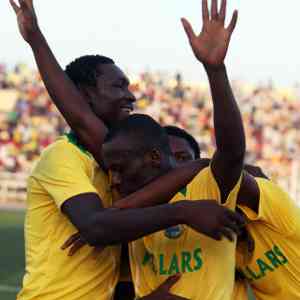 The club’s chairman, Abba Yola, said approval of Mr. Emordi’s appointment was received from the Kano State government on Thursday.

“We wish to thank the government for approving the appointment of Okey Emordi as the new coach of Pillars. The coach will start work with immediate effect.” Mr. Yola said.

Mr. Emordi and Kadiri Ikhana, who once coached the team, in the last two weeks, have been in talks with the club, with Mr. Emordi finally getting the job.

Mr. Emordi led Enyimba to win the 2004 CAF Champions League. He has also worked briefly in South Africa. He takes over from Mohammed Babaganaru, who is now the head coach of Nasarawa United.

Pillars will start their Champions League campaign with an away game against AS Vita of Democratic Republic of Congo.

Mr. Yola has also confirmed the approval of the club’s budget for the preliminary round of the competition.