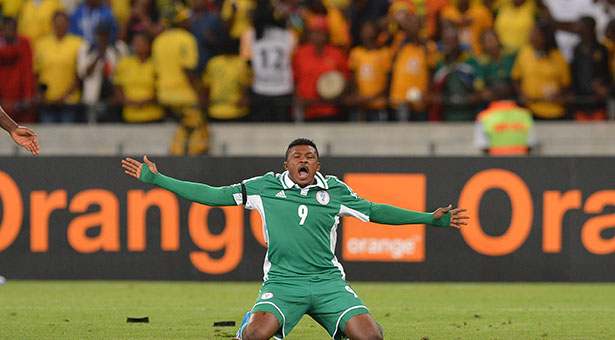 Nigeria will play Ghana or Congo in the semi-final Wednesday.

Nigerian home-based Super Eagles have declared their readiness to confront either Ghana or Congo DR, their two likely semi-final opponents, after a dramatic win over Morocco at the ongoing African Championships.

Before departing Cape Town ahead of their semi-final duel billed for the Free State Stadium, Mangaung, the players said they will welcome any of the two teams.

For Ugonna Uzochukwu, who started the Eagles revival on Saturday, none of the two teams would be an easy meat to chew. He was however quick to add that he and his teammates are fired up for any team that comes their way.

“I will not say I prefer Ghana or Congo, any of the two teams will be tough but we are also ready and we believe we can make it to the finals,” the Enugu Rangers midfielder told PREMIUM TIMES.

Sharing the same optimism, Gbolahan Salami, who admitted he performed below expectations against Morocco owing to some knocks he was struggling to play with, said fighting for a final ticket will surely make either of the potential semi-final opponents tough.

“We are all fighting to get to the final and win the cup so I expect that it will be tough whether it is Ghana or Congo,” he said.

While Nigerians are debutantes at the CHAN tournament, both Ghana and Congo DR have enjoyed better level of experience with the East Africans actually winning one of the editions.

Meanwhile, the President General of the Nigeria Sports Supporters Club, Rafiu Oladipo, has assured that the home-based Super Eagles are guaranteed better support from the stands when they take to the pitch in Wednesday’s semi-final match at the ongoing Africa Nations Championships in South Africa.

Mr. Oladipo in chat with PREMIUM TIMES in Cape Town said they are already in contact with the Johannesburg arm of the supporters club and are expecting over 5, 000 Nigerians to make it to Wednesday’s semi-final duel that will be against the winner of the Ghana vs Congo Dr quarter final tie.

“We are confident that we will get more Nigerians to cheer the Eagles to victory on Wednesday because Bloemfontein is closer to Johannesburg and other places where we have more Nigerians resident” Mr. Oladipo said.

The supporters club boss added that his group will continue to make the sacrifices they have been doing in time past to make it to the stands to cheer the various national teams to victory.

“We are going to remain solidly behind them even though our members have had to sacrifice; their personal jobs, family and even some time risk their life to support the course of Nigeria.”

The supporters club were well commended by the Nigeria Football Federation President Aminu Magairi for the unflinching support shown in Saturday’s dramatic 4-3 win over Morocco.