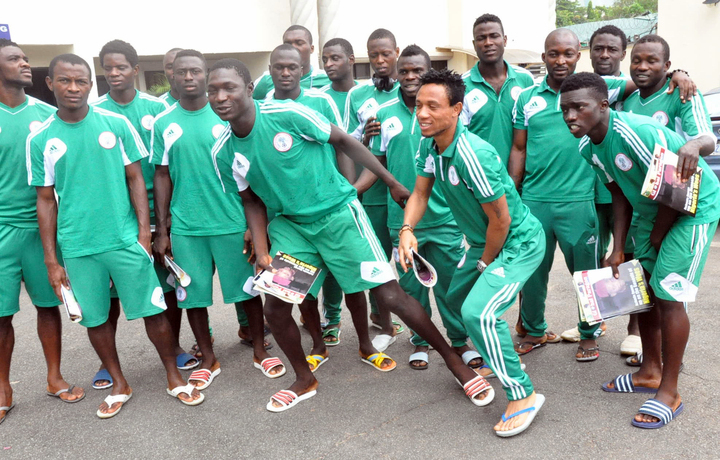 Tournament recorded an average of 1.9 goals per match.

Nigeria’s home-base-Super Eagles squad at the ongoing African Nations Championships, CHAN, are leading the goals race according to statistics reeled out by organisers on Tuesday at a press conference in Cape Town.

According to the organisers, since the beginning of the tournament, and after 20 matches played, 31 players have scored a total of 44 goals, four of which were scored by Bernard Parker. Two goals each were scored by Ifeanyi Ede, Rabiu Ali, and Christantus Ejike all from Nigeria, as well as by Diogo Alberto from Mozambique, Ibourahima Sidibe from Mali and Junior Sentamu from Uganda.

Nigeria is the leading goal scorer with eight goals after only three matches, followed by the eliminated South Africa and Mozambique, who scored five and four goals, respectively. Libya and Burundi had three goals each after two matches.

“The number and the quality of goals scored so far shows the quality of football and skill displayed on the pitch and is an indication that this tournament is fast becoming a reservoir for players hungry to make their mark. An average of 1.9 goals per match, compared to 2.7 goals per match scored during the 2010 FIFA World Cup, is quite impressive and it proves the quality of players that the national teams put forward for CHAN” said the Local Organisng Committee, LOC, CEO, Mvuzo Mbebe.

With two more groups to complete the group stages, Mr. Mbebe, re-articulated the LOC’s commitment to delivering a high quality and seamless tournament that South Africa had become accustomed to.

“Africa’s Home Champions are about celebrating African football. CHAN’s main objective is to open up a horizon for all these players who bring domestic leagues to life but most of the time do not get the opportunity to put on a jersey for their national teams. Today, we can stand proud to say that CHAN has been nothing else but a brilliant football spectacular displayed by players who a few years ago could only dream about representing their national teams,” said Mr. Mbebe.

The ongoing tournament in South Africa is the third in the CHAN series and will be concluded on February 1.