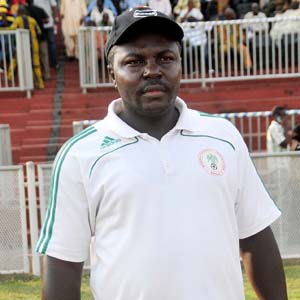 The League Management Company, LMC, and club owners are scheduled to meet on January 13, in Abuja, to agree on a kick off date for the new league season.

The Acting Secretary of the Club Owners, Alloy Chukwuemeka, disclosed this on Friday in Ilorin. He said that the meeting would also discuss and fine tune registration issues and pre-season activities.

The 2012/2013 Nigeria Glo Premier League ended on Sunday October 20, 2013 with Kano Pillars emerging champion. The Nigeria Football Association, NFA, gave the LMC a year extension which allowed it to manage the 2013/2014 league season.

Speaking on Glo CAF Award, Chukwuemeka noted the high performance level of Nigerian players in the local leagues. He said with that kind of performance, the country stood a better chance of producing over 70 per cent of Africa’s best 11 in the nearest future.

Chukwuemeka, who was a special Guest at the Glo/CAF Award held in Lagos on January 9, said a lot of talents abound in the country.

The General Manager of ABS FC praised the leadership of the NFA for the successes recorded so far, saying they should sustain the tempo.

On the African Footballer of the Year Award, the former Yobe Desert Stars Media chief said the three nominees were great football stars, but added that Yaya Toure merited the honour.