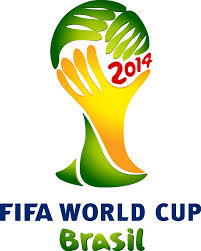 The Super Eagles are in the same group as Argentina.

The Super Eagles coach, Stephen Keshi, has revealed that the team might be camped in the United States ahead of the Brazil 2014 World Cup. He said the team would choose a city that has the same climatic condition as Sao Paulo, which the Eagles have picked as their permanent base during the mundial.

Speaking at the weekly media interaction at the Bolton White Apartment camp of the team on Wednesday morning in Abuja, Keshi named two cities, Miami (Florida) and Houston (Texas) as possible destinations but added that the final decision will be taken by the Nigeria Football Federation.

He said the NFF have so far been very supportive of the national team and declared that contrary to the widely held view, all teams in the Super Eagles World Cup group are very dangerous.

“Why are we talking of only Argentina, we can defeat Argentina but Iran qualified long before us and Bosnia Herzegovina also did their qualification in style with plenty goals and we must not underrate any of these teams”, he said.

On suggestions that the Eagles should qualify from their group before their last group game against Argentina, Keshi simply said “amen” to a bemused media audience.

He again declared that Eagles skipper, Joseph Yobo, Osaze Odemwingie, Haruna Lukman, Chinedu Obasi Ogbuke, and others who have not featured in his plans are still part of the team but warned against being sentimental in the judgment of the public.

“We don’t want to play names but any player who can bring success to the team is what we are after and if these players we have mentioned have it then they can go with us to the World Cup,” he said. “We have players as old as 39years old playing at top level for their countries and some have been very successful at that, I want to see that happen in Nigeria”.

Keshi also spoke on the forthcoming African Nations Championship in South Africa dubbed CHAN 2014, declaring that he would make no promises of winning the trophy but hopes that the team goes far and does the nation proud.

“It’s because we’ve got little or no time and we are working with new boys on this project. I hope we do the nation proud in CHAN but I cannot promise the trophy,” he said.

Lack of political will bane of Niger Delta development – Scientist