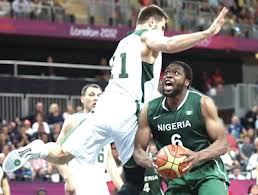 Nigeria will play Congo on Friday.

Nigeria’s senior male basketball team, D’Tigers, will be more cohesive at the back when they face their Congolese counterparts in Friday’s second group match at the ongoing Afrobasket Championship in Abidjan, sources close to the team have hinted.

Camp sources revealed that Head Coach of the D’Tigers, Ayo Bakare, all through Thursday’s training concentrated on the defence which it identified as the weak link going into the second group match against Congo.

Coach Bakare said but for the defence which allowed the Malians to shoot freely from the perimeter, the score could have been different. He, however, gave kudos to Mali for their powerful play.

Against Congo who lost their first match 74-43 to Cameroon, coach Bakare said “we are not going to take chances at all”, hoping that the players would display all the tactics they have learnt so far.

He said that he would joggle the team to take care of the absence of a key player, Richard Oruche, who picked up an injury during the grueling match against Mali on Wednesday.

Meanwhile Cameroon will battle Mali in Friday’s second group match as the Malians have vowed to tackle the Central Africans known for their power play grit for grit.

In some of the matches decided on Thursday night, Cape Verde beat Central African Republic 90-82 while Egypt continued their poor run in the competition with a 67-63 loss to fellow North Africans, Algeria, in a Group A tie.