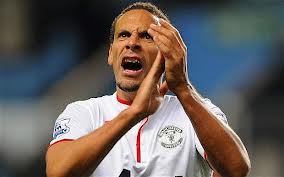 The defender played 81 games for the English national team.

Rio Ferdinand 34, who won 81 caps, said he wants to concentrate on his club career.

“After a great deal of thought, I have decided the time is right to retire from international football,” he said.

The former Manchester United captain has not played for England since Euro 2012 qualifier against Switzerland in June 2011. He was not eventually selected for the competition based on what is believed to be his personal differences with John Terry.

He was recalled by Coach Roy Hodgson for the World Cup qualifiers against San Marino and Montenegro in March, but later withdrew because of a “pre-planned fitness programme”.

Ferdinand, who had been plagued by injuries in recent seasons had a very good 2012/ 2013 season; helping Manchester United regain the Premier League title and voted into the Professional Footballers’ Association’s team of the year by his peers.