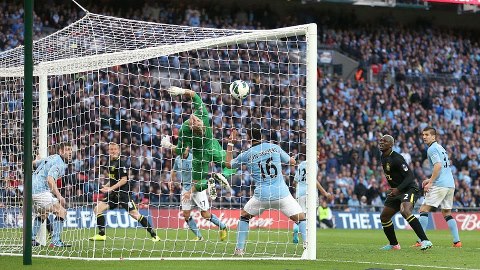 Ben Watson who had a broken leg in the course of the season was the hero for the Lactics as he latched on with a superb header in the 90miute to gift Wigan their first FA Cup win.

Man City, who ended the game with 10 men after the sending off of Zabaleta, are 40 points ahead of Wigan on the English Premier League table; but that counted for nothing as Roberto Martinez showed no respect for the big spenders.

In the last seven meetings between both sides City has not only won all but Wigan did not score in any of them; however the tables turned on Saturday for Wigan as they won the oldest cup competition in the world.

With the FA Cup now in the kitty and action in Europe guaranteed , next step for Wigan is to save themselves from relegation in the league.