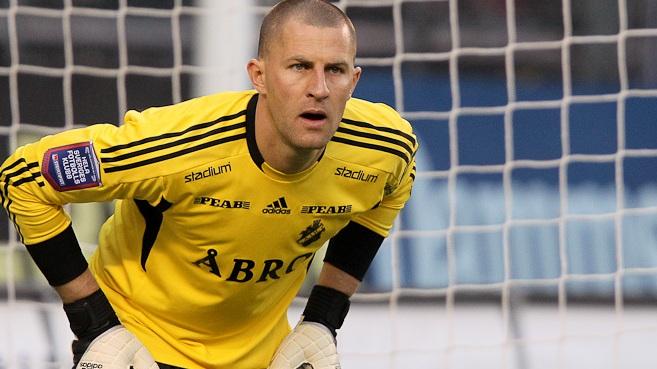 The AIK goalkeeper was found dead in his home.

Nigerian striker, Kennedy Igboananike has been hit with the news that his teammate and Swedish football club AIK’s Croatian goalkeeper, Ivan Turina, was found dead in his northern Stockholm apartment.

According to local media reports on Thursday, the police in Stockholm have ruled out foul play in the goal keeper’s death. He was said to have slept and failed to wake up.

“I can confirm that Ivan Turina is dead but there are no suspicions of crime,” police spokesman, Patrik Nuss, was quoted as saying.

Police said they were called to Turina’s apartment early on Thursday morning.

Mr. Igboananike was last in action together with the deceased goalkeeper barely a week ago on April 26, when AIK got an away 2-1 victory over Gefle in a League game in which the Nigerian striker got the winning goal.

In a statement, the club said: “It’s with great sadness and shock that AIK Football can confirm that goalkeeper Ivan Turina died overnight between Wednesday and Thursday. Ivan died suddenly in his sleep and there are no suspicions of a crime at this point in time.”

The 32-year-old late Croatian goalkeeper signed for AIK in 2010 and played 65 league games for the Solna club. He is survived by his wife and two daughters.