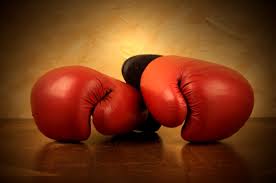 The boxers say if given the opportunity they can compete and win at international competitions.

Some female boxers in Lagos on Saturday appealed for more competitions to be organized to promote female boxing in the country.

They made the appeal at the 41st edition of the Lagos Saturday Boxing Show which held at the Mobolaji Johnson Sports Centre, Yaba.

In separate interviews with the News Agency of Nigeria (NAN), they said that they were not given the necessary encouragement to excel in the sport. They also said that if they were given similar opportunities like their male counterparts, they would excel even at the international stage.

Kate Peters, a 54kg boxer of Champion Boxing Club, told NAN that women were not given the desired encouragement to pick careers in boxing. Peters, who won a gold medal for Lagos State at the 2012 18th National Sports Festival in Lagos, said that if the females were encouraged, they would do well in the sport.

“Many females who have the skills and the zeal are there. I appeal to promoters to organise female boxing competitions for more boxers to be discovered and nurtured to stardom,” she said.

Tawa Awise, a 45kg boxer from No Shaking Club, said that organisers of the Saturday Boxing Show should increase the female bouts from two to four for more boxers to develop their skills.

“I thank Wale Edun for promoting amateur boxing through the monthly show but the female bouts should be increased for more female boxers to also enjoy the benefits,” Awise said.

Olayemi Mustapha, a 54kg boxer from Smart Club, said that the male boxers were doing well in the world because they were given more encouragement to participate in boxing competitions. Mustapha, who defeated her Ilupeju Grammar School counterpart, Mistura Olalere in the only female bout of the show, said that she would take to boxing as a career.

Akpabio after my life, says Senator who benefitted from election rigging