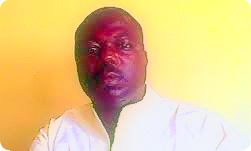 The club owners organised a congress in which they questioned the setting up the League Management Company based on “orders from above”.

The football club owners of Nigeria, after a meeting in Abuja on Monday, re-affirmed their statutory rights as members of the premier league and denounced the League Management Company, LMC, which they have deemed illegal.

The club owners claimed that all 20 clubs in the Nigerian Premier League belong to them and hence, dissociated themselves from the LMC.

They also recognized Tunji Babalola as the Executive Secretary of the Nigeria Premier League and asked him to take over the affairs of the league on their behalf. Mr. Babalola was tasked with putting machinery in motion for the release of the rules and regulations that will guide the 2012/ 2013 league season.

“We don’t doubt that the LMC has good intentions but even in your own house, you can’t take any decision without telling your children. Can someone open a company for you?” he asked.

He further said that, “We didn’t give LMC a mandate to represent us. They said the order to register the company is “from above.” I see this as name dropping.

“We want the secretariat to take over day to day running of the league and organise an election of a new board and this should be done as soon as possible. There will then be a new leadership for the league.”