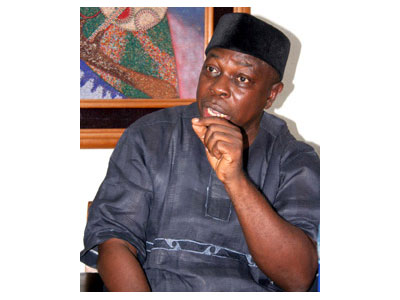 The three players dropped from Nigeria’s U-17 team, the Golden Eaglets, after failing the mandatory MRI Scan have been recommended for invitation to join the country’s U-20 team, the Flying Eagles.

The scan was conducted to ascertain whether the players are within the age range for the ongoing African U17 Championships in Morocco.

The recommendation for the players’ invitation is coming from a member of the Technical Committee of the Nigeria Football Federation, Paul Bassey.

According to Bassey who has keenly followed the progress of the 2013 Golden Eaglets set, the affected players would perhaps have failed the MRI scan test conducted on them marginally as he maintains that the current U-17 team being paraded is the youngest ever.

“If I have my way, I will recommend that the three players be invited to the U20 team; this current team is far the youngest we have ever had. I am sure they might have just failed the test marginally,” Bassey said.

CAF last Friday conducted the MRI test on all players to verify that they fall within the U-17 age bracket before the start of the championship.

The bone density of the players’ wrists was scanned to ensure an accuracy of at least within one per cent under the age 18.

This was the margin of error for the tests so players don’t get unduly disqualified.

The practice was first introduced by the continental governing body at the 2011 tournament in Rwanda where eight Gambian players failed the inaugural test.

Apart from the Nigerian trio, a sizeable number of players also failed Friday’s test with their various teams.