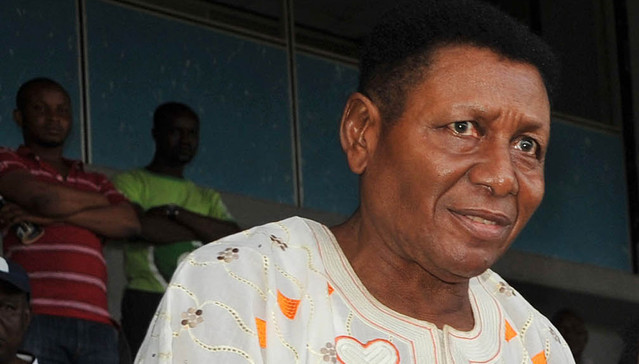 The former Shooting Stars player and coach, popularly called Jossy Lad, was reportedly rushed from a private hospital in the city to UCH late Monday after his ailing health suddenly deteriorated.

Sources said he was gasping for breath when he was taken to the emergency ward of the teaching hospital.

His first son, Wale Ladipo, who accompanied him to the hospital complained that despite the obvious emergency situation his father was in, workers of the hospital abandoned him and refused to give him urgent attention.

“We almost lost my dad here last night when we rushed him here and UCH people said there was no trolley and they left him outside here gasping for more than three hours.

“If my dad were to be conscious when he was being transferred from our family clinic, he would not have allowed us to take him to UCH because of the experience he told us he had during the case of Best Ogedegbe, which he claimed led to his untimely death”, Wale lamented.

There was anxiety in the air as some of Jossy Lad’s former team mates hung around the hospital to know the fate of their friend.