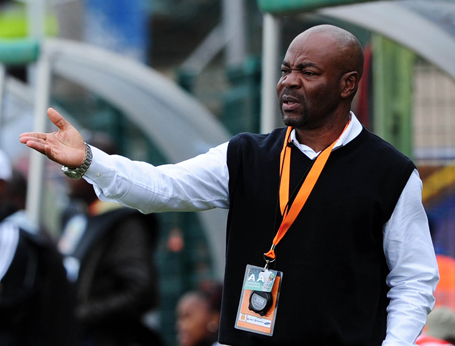 Ajagun was part of Nigeria’s winning squad in 2011.

Dolphins of Port Harcourt midfielder, Abduljaleel Ajagun, has been named captain of Nigeria’s U20 team, the Flying Eagles.

The new skipper was part of Coach John Obuh’s all conquering side in 2011 that won the last African Youth Championship in South Africa.

Ajagun is hoping he can re-enact the form in South Africa as Nigeria sets out to defend her title in Algeria in a few weeks.

“I hope to lead the team to greater glory with the support of everyone in the team,” promised Ajagun, after he was formally announced as team skipper at the team’s training camp in El Mouradi Gammarth, Tunisia.

Ajagun has been leading the team in recent warm-up games in the absence of goalkeeper, Samuel Okani, from the first team.

The creative midfielder first rose to national prominence when he shone in the Golden Eaglets under coach John Obuh that reached the final of the 2009 FIFA U17 World Cup, which Nigeria hosted.

He was part of the victorious Flying Eagles team to the 2011 African Youth Championship, AYC, in South Africa.

He scored three goals in the qualifying series of the 2013 AYC as Nigeria eliminated Tanzania and South Africa.

He will be assisted by Okani, Chidi Osuchukwu, and Chizoba Amaefule.

Maina accuses Head of Service, Isa Sali, of seizing on his woes to loot pension funds