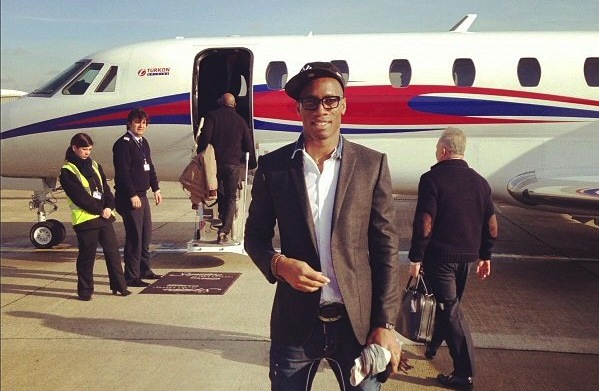 Drogba gets heroic welcome in Turkey

Ivorian legend, Didier Drogba, may have exited from the ongoing Africa Cup of Nations in South Africa unheralded, but the former Chelsea striker was, Friday evening, treated to a heroic welcome as he touched down in Istanbul to complete contract formalities with his new Turkish Super Lig outfit, Galatasaray.

Thousands of Galatasaray fans were at the Istanbul Atatürk Airport to welcome the latest big name addition to the Turkish Super Lig.

Drogba, who travelled first from England before departing for Istanbul on Friday, will undergo medicals on Saturday with his new club.

“A new adventure, Istanbul I’m on the way,” said Drogba before boarding his flight

The Ivory Coast international won three Premier League titles, four FA Cups and a Champions League trophy for Chelsea during his illustrious career and hopes to add more as he starts another chapter in Turkey.

Drogba joined Galatasaray on an 18 months contract worth €10 million from Chinese giants Shanghai Shenua during the transfer window.

The former Chelsea ace will hope to get behind, as fast as possible, the disappointment of the Africa Cup of Nations where his star-studded team were ousted in the quarter finals by the Super Eagles of Nigeria.

The Eagles shocked the Elephants, 2-1, to progress ahead of their West African neighbours.