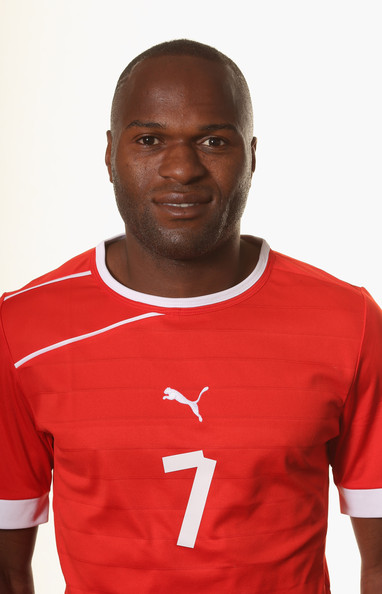 The player scored the first goal for his Serie A Team.

Nigeria born Switzerland international, Innocent Emeghara, was one of the last set of recruit by struggling Serie A side, AC Siena; and the striker who was born in Lagos 23-years ago is proving to be value for money after netting his first goal playing just two matches.

Siena is currently rooted in the bottom of the table in Italy’s elite division, but they believe they have a fighting chance to stay afloat with the likes of their newly acquired Nigeria-born striker.

Emeghara who has been named in the Team of the Week for Serie A alongside the likes of Mario Balotelli was part of history on Sunday, as Siena completed a unique double over Inter Milan.

Siena had never beaten Inter, home or away in all competition, before this season, but have now won both their Serie A encounters of 2012-13.

This was the first time this season that Siena managed to score twice in the first half, in any game in all competitions. And it all began with Emeghara’s first goal in his first start in a Serie A game.

The Swiss-Nigerian scored the first goal for Siena in the 21st minute. But Inter clawed back, as Antonio Cassano scored the equaliser almost immediately.

Alessio Sestu then scored a second for Siena just two minutes after the equaliser, to set the tone for a historic win.

Alessandro Rosina then sealed both the win and three points on offer with his 55th minute goal to see Siena complete a unique double over their more illustrious visitors.

Despite the win, Siena remained bottom of the Serie A with 17 points and will require more goals off the boots of their Nigerian born striker and his teammates to survive the drop.

Tribute to My Teacher: Dual professorship, borderless scholarship (I), By Muhammad Jameel Yusha’u