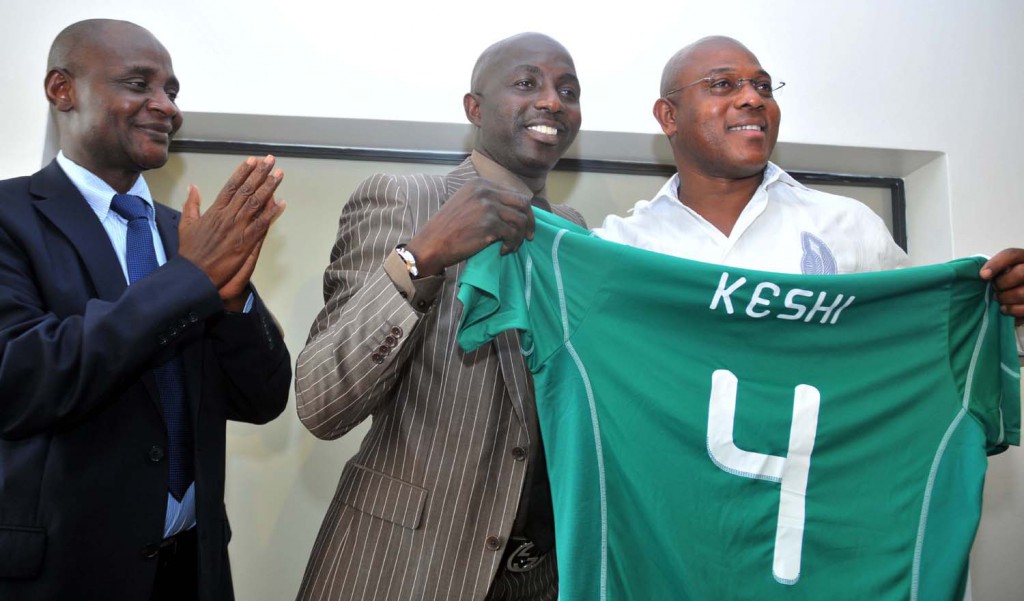 The Super Eagles Coach, Stephen Keshi, said on Sunday that high level discipline and team character were responsible for the 2-1 victory of the team over Cote d’ Ivoire.

Keshi, who made the statement at the post-match news conference at the Royal Bafokeng Stadium, said the Eagles showed determination to win.

“I must give thanks to God for the victory. I thank my players for a wonderful performance. I also thank Nigerians for their prayers.

“It was not an easy match, nobody believed in us, less than 20 per cent of Nigerian believed that we can do well in this match.

“But the players came with determination to win. The level of discipline and team character is responsible for this victory.

“I have confidence in my players, we work hard as a team, but somehow people don’t see our hard work. We thank God for crowning our effort with this victory,’’ Keshi said.

He said the team worked on tactics to cage Didier Drogba and Yaya Toure.

“We worked on our tactics to speed up our game and take on Drogba and Yaya Toure. We had three chances and we converted two of them,’’ Keshi said.

He said the inclusion of home-based players was paying off.

“But unfortunately Nigerians are not patient with the experiment with the performance of the home-based players in the team.

“I hope Nigerians will allow us to give chance to more home-based players to make our teams,’’ Keshi said.

Cote d’ Ivoire Coach, Sabri Lamouchi, said it was only Nigerians who were underrating the Super Eagles.

“We did not underrate the Nigerian team. It is only their people who underrated them. They are young and fast.

“Our goal is to win the trophy but it is unfortunate that we lost to a good team; we are all disappointed that we are out of the tournament.

“Under me, we played 10 matches, we only lost a match and the match we lost was the big one and at the crucial stage of this tournament,’’ Lamouchi said.

He said there was nothing wrong with his team selection.

“My selection was the best, although we lost. The players played very well, we lost to a good team,’’ Lamouchi stated.

The News Agency of Nigeria (NAN) reports that the Eagles took the lead in the 43rd minutes through Emmanuel Emenike.

The Iviorian equalised in the 49th minutes through Toite Ismael.

In the 77th minute, Nigeria got the winning goal through Sunday Mba.

The Eagles are to play the semi -final match on Wednesday against Mali in Durban.