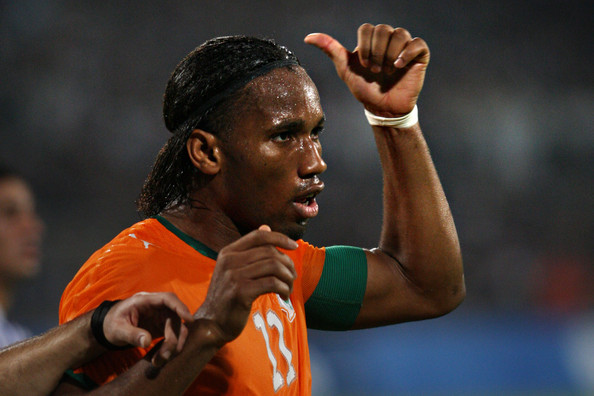 What Didier Drogba Brings to the Elephants of Cote d’Ivoire

Didier Drogba remains an important figure for Cote d’Ivoire, even if he may be used more as an impact player in the later rounds of the competition.

Both Algeria and Cote d’Ivoire will have taken something other than the point out of Wednesday’s final Group D 2-2 draw at the Africa Cup of Nations.

The match was a dead rubber in the truest sense of the words, with the Ivorians already having secured top spot in the pool and Algeria knowing they would finish last.

But it was important for the Algerians in particular to come away with something from this tournament, which has been such a great disappointment to their fans after defeats to Tunisia and Togo ended their quarter-final hopes. Coach Vahid Halilhodzic was told that his job was safe before the match, but he needed his side to display a positive showing to prove to his critics that his plans are on track.

They were certainly a lot better than in games past. Having led 2-0 going into the final 20 minutes, with a penalty miss to boot, they should have closed out the game. Nevertheless, for much of the match they were on top and Halilhodzic will be encouraged by his team’s approach: at last they looked like the side that has risen to number two in the African FIFA Rankings.

Cote d’Ivoire too can take heart from their fightback and the improved showing from striker Didier Drogba. Coach Sabri Lamouchi will have enjoyed, in some ways, his side having to battle back from two goals down: should they find themselves in a similar scenario later on, they will at least know they have it in their locker to come from behind.

Although Drogba’s presence limits their mobility up front, his headed goal shows what they are missing when he is not in the team – anticipation, power and precision. An interesting statistic rolled out on Wednesday was that the Ivorians average more goals per game when Drogba is not in the side, although that is slightly skewed by the fact that most of his games come in competitive fixtures rather than friendlies against potentially weaker opposition.

He remains an important figure for them, even if he may be used more as an impact player in the later rounds of the competition. But he won’t mind if it means Cote d’Ivoire win gold, which would deliver a career highlight for a player who has lifted just about every club trophy going.

JTF laments shortage of accommodation for personnel in Rivers