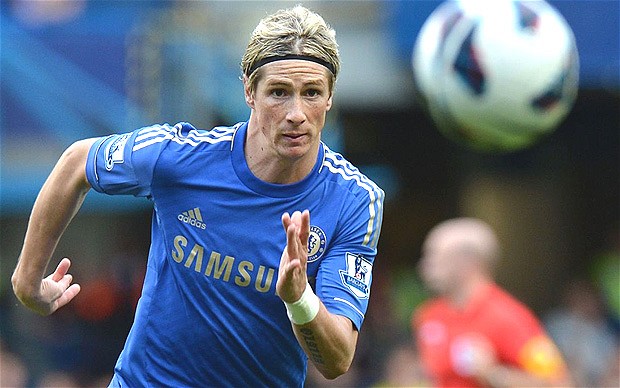 FA Cup holders, Chelsea trode a close shave to a shock exit from this year’s competition before their much vilified striker, Fernando Torres, got back his scoring boots that forced a 2-2 draw with League One side, Brentford.

Though playing in the third-tier of English football, the Bees showed no respect for the Blues, as they took the lead on two occasions and were seven minutes away from emerging victors before 50 million pounds striker popped up to save the day for the stuttering Champions, who days ago were sent out of the League One Cup competition.

Brentford got their first goal just before halftime when Lampard was caught outside the area, and the ball broke to Marcello Forrester.

He slammed a shot at goal and Turnbull could only prod it out to Trotta who controlled the bouncing ball well before hammering home the opener.

Chelsea rallied back early in the second half as Oscar slots the ball home from the edge of the box after a deft turn to level scores 1-1.

Nigerian born Tom Adeyemi was then later brought down and the resultant spot kick was converted in the 72nd minute by Brentford.

It was looking like it would be the winning goal before Torres saved the blushes of the Champions in the 82nd minute.

With a replay now on the cards at the Stanford Bridge, Chelsea remain unbeaten in 25 FA Cup matches, with 20 wins and five draws, losing only one of their last 35 games in the regulation 90 minutes.

Ezekwesili Got it Wrong! By Labaran Maku