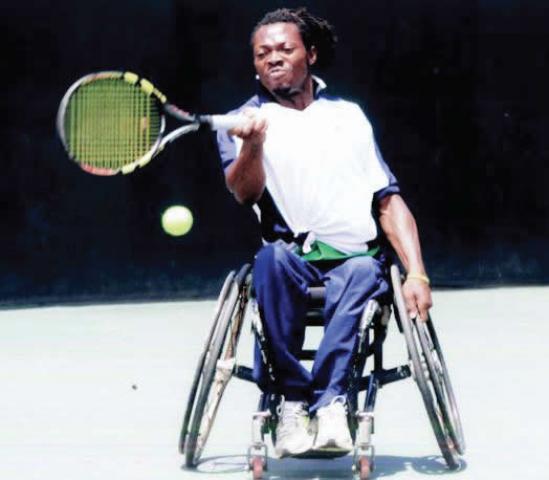 Nigeria has qualified for the World Team Cup competition in wheel chair tennis.

The duo of Wasiu Yusuf and Jude Uwazie secured a ticket for Nigeria and Africa at the 2013 World Team Cup holding in Antalya, Turkey from May 20 to 26, having featured in the African qualifiers which ended in Nairobi, Kenya on Sunday.

Nigeria began their Africa title defence on a good note after beating Mauritius to get to the next round of the competition.

The team then completed their passage to the final from men’s World Group 2 with a second win, this time against Ghana.

Uwazie defeated Emmanuel Boateng 6-1, 6-0 while Yusuf sent Maclean Dzidzienyo to the cleaners with a 6-1, 6-0 victory in the singles match.

Two-time Paralympian, Yusuf, who is ranked 222 in the world, was the top seed for the men’s draw, having also spearheaded Nigeria’s title-winning outing at the East African country in 2012.

The World Team Cup is the wheelchair tennis equivalent of the Davis Cup and Fed Cup.

The South African men and women’s teams would also be in Turkey where they would fly the continent’s flag. The Nigerian women’s team could not participate in the qualifiers as one the players, Foluke Shittu, had hitches with her travelling documents.

National coach, Francis Tarmena, was impressed with the team’s performance and called for more attention to be given to the game.

“I had no doubt that we were going to qualify even though other countries have improved tremendously. Countries like Ghana and Kenya did very well but going by the caliber of our players, our qualification was sure in spite of the challenges we have in terms of equipment.

“Wheelchair tennis has managed to always fly the country’s flag at international competitions, a feat that even the able bodied athletes have not been able to accomplish. We hope to get more support in future”, he said.

The team is expected back in Nigeria on Monday.